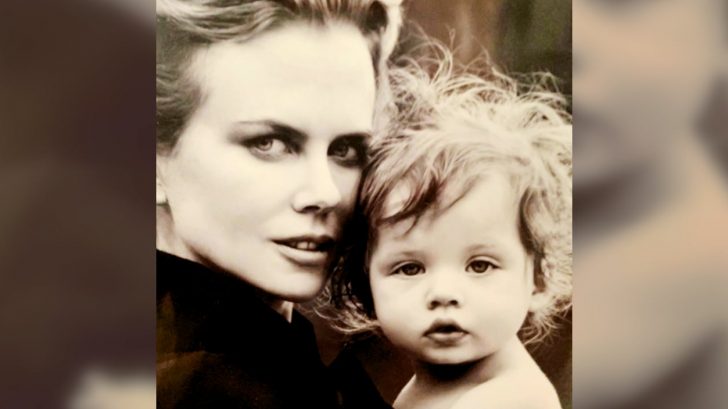 When Keith Urban and Nicole Kidman‘s two daughters were younger, they rarely shared any photos of them. Now, fans get the chance to see Sunday and Faith a little more, but photos of them are still few and far between.

That’s why it came as a surprise when, earlier this year, Nicole posted a current photo of both girls in honor of Sunday’s 11th birthday. Granted, the picture didn’t show either of the girls’ faces, but it was still a lovely photograph.

The Kidman-Urban crew was on vacation in Paris at the time, so the photo was taken there. It shows the two girls looking out at the city in pure amazement.

Even though Nicole posted a picture in honor of Sunday’s birthday, fans weren’t expecting to see one for Faith’s, since she is younger. But Nicole surprised them all when she shared a photo of her youngest daughter to celebrate her ninth birthday on December 28.

Unlike the photo she posted on Sunday’s birthday, the picture Nicole shared of Faith is not current. Still, any photo of the Kidman-Urban girls is rare, especially since Keith and Nicole were more protective of their girls during their younger years.

The picture shows Nicole holding a tiny Faith in her arms while both of them look directly at the camera. Faith had the curliest hair as a baby!

You can see that precious photo below. If you flip through the slideshow, you’ll also see the cake that Faith received for her birthday this year.

Our baby girl is now 9! We love you so much precious precious girl. Happy birthday Faith! xx ❤️?

Now that the girls are older, it’s likely we’ll get the chance to see them a little more often than we have in the past. Recently, they had cameo roles in the series Big Little Lies, which Nicole starred in.

And back in 2017, Sunday and Faith actually appeared onstage with their parents during a New Year’s Eve celebration in Nashville. Keith was singing a medley in honor of artists who passed away that year, and Nicole and the girls came out on stage to dance while he performed Tom Petty‘s “Free Fallin’.”

You can see Sunday and Faith make their appearance during that medley by tuning in to the video below.

We hope Faith had a wonderful birthday this year!