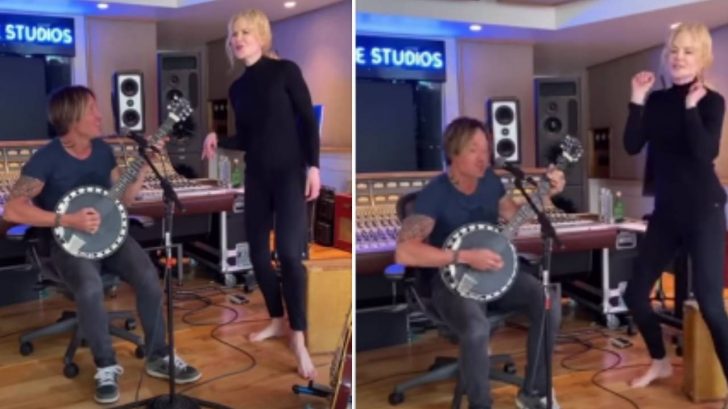 Like a lot of other artists, Keith Urban has figured out a way to entertain his fans while everyone is on stay at home orders due to the coronavirus pandemic.

Every so often, Urban has performed for his fans online in a series he is calling “Urban Underground.” The first edition, on March 16, took place in the warehouse he owns that stores all his touring equipment.

The next edition of Urban Underground was filmed in his home studio. The March 23 livestream included a tribute to Kenny Rogers, who passed away March 20. Urban performed Rogers’ song “The Gambler.”

Urban also performed his 2018 single “Never Comin’ Down.” During that song, he was joined by his wife of almost 14 years, Nicole Kidman. She is his biggest fan, and proved that she loved the song by jumping into the stream and dancing next to Urban while he performed the song.

“Never Comin’ Down” was the fourth single of Urban’s album Graffiti U and was written by Josh Kerr, James Abrahart and Shy Carter. The song reached the Top 20 on Billboard’s Country Airplay chart.

Kidman kept popping in and out of the frame as she danced, and we loved every second of it. Watch the performance below!