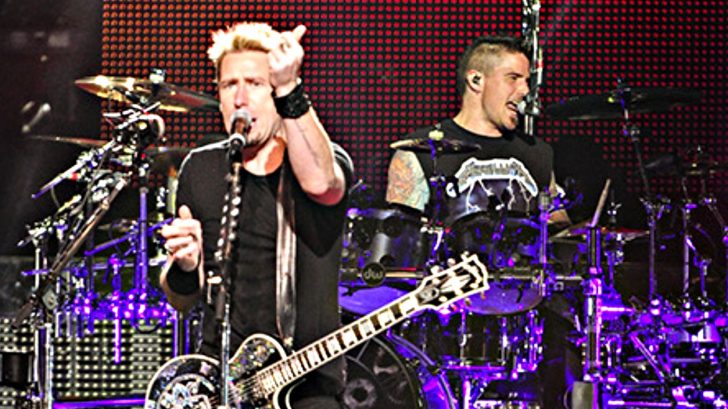 Even though they’ve managed a string of Top 10 hits and multiple Platinum albums, Nickelback somehow remains one of the most despised bands to hit the radio waves. So why the animosity towards the band who Billboard named as the most successful rock group of the early 2000s?

31/45 #RocknRoll #Facts – Nickelback is arguably the most hated band in America. It’s gotten to the point that people who enjoy Nickelback are denying their fandom & hiding their CDs like criminal contraband. Despite all the hate, they have sold over 50 million records worldwide pic.twitter.com/YrPq6np0vC

Whatever the reason behind the public’s disdain for Nickelback, one fact remains. They can put on a good show. At a concert in Salt Lake City, Utah back in 2010, Nickelback took a crack at Garth Brooks‘ “Friends In Low Places,” and boy did they deliver.

Gang up with your friends in low places & let the beer chase your blues away 'cuz Garth Brooks turns 55 today. #PayHOMAGE pic.twitter.com/5qGzf0fn7I

“It’s starting to feel like a Honky Tonk in here!” exclaimed lead vocalist, Chad Kroeger. “The [song] that always gets played in dive bars and Honky Tonks and s**t like that, is this song.”

Kroeger backed by his fellow bandmates then rolled into a mind-blowing cover of “Friends In Low Places.” Donning a Brooks-like southern accent for his rendition of the country song, the Canadian singer flawlessly executed his delivery of the riotous lyrics in a display of pure musical talent and showmanship.

You can watch their rendition of “Friends In Low Places” in the video below!