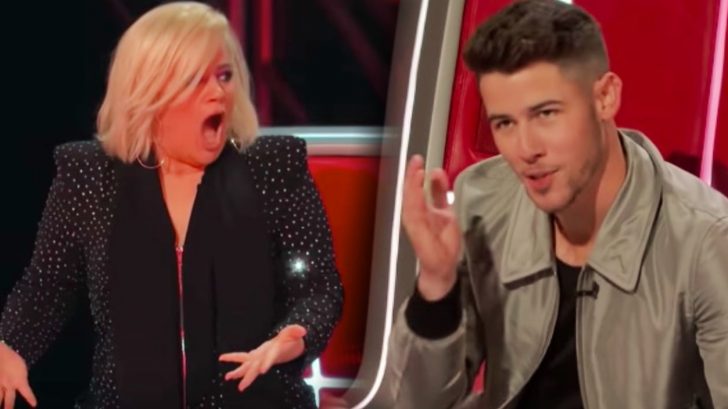 One way that hopeful Voice contestants try to appeal to the four coaches is by singing one of their songs. This is a tactic that has worked quite well in the past, since the coaches automatically seem to develop a fondness for anyone who can perform their songs well.

When Arei Moon stepped on stage to audition for Season 18, she adopted this tactic and performed a song by three-time-winning coach Kelly Clarkson.

The song Moon sang was Clarkson’s “Miss Independent,” which she co-wrote and recorded for her debut album, Thankful. “Miss Independent” was released as a single in 2003, and went on to claim the top spot on the U.S. Mainstream Top 40 chart.

“Miss Independent” is a song that means a lot to Clarkson, having been one of her earliest recordings. So when Moon started singing the song during her blind audition for the Voice, Clarkson turned for her almost right away.

But new coach Nick Jonas was actually the first one to turn around. Sneakily, he also decided to use his one and only “block” to keep Clarkson from claiming her for herself if she chose to turn her chair as well.

Jonas’ strategy paid off, since Clarkson turned her chair not long after he did. But she was so involved in Moon’s performance that she didn’t even notice Jonas had blocked her until the end of the song!

Once Clarkson realized that she had been blocked, she was extremely upset. Since she and Jonas were the only ones who turned their chairs for Moon, that meant that she went right to Jonas’ team.

“You didn’t!” Clarkson screamed at Jonas, who was grinning from ear to ear.

Even though Clarkson admitted she was “sad” to see Moon go to Jonas’ team, she said, “I can not wait to see what other songs you slay.”

You can watch Moon slay her performance of “Miss Independent” in the video below.