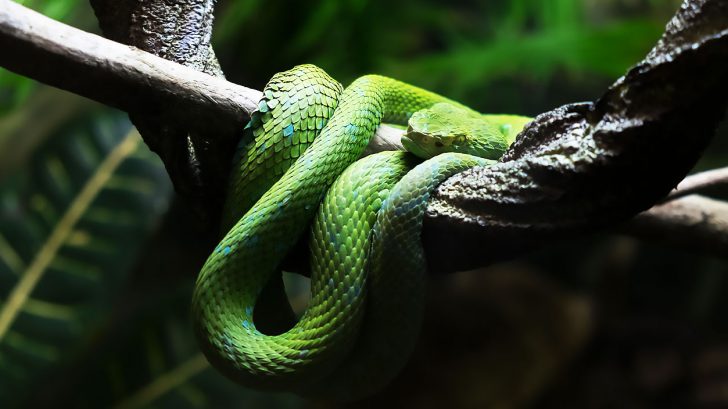 Here’s some interesting news for Harry Potter fans out there. Researchers have discovered a new species of green pit vipers in India and have chosen to name the snake Trimeresurus salazar or, Salazars pit viper. For readers who don’t know, the name is based on J.K. Rowling’s fictional Hogwarts School of Witchcraft and Wizardry’s co-founder, Salazar Slytherin. Slytherin had a rare ability called parselmouth, which allowed him to talk to snakes and the symbol of his Hogwart’s house was a serpent.

Scientists have discovered a new breed of Pit Viper!

Trimeresurus salazar! One of it's neat features is the male having an orange reddish stripe on its head and body. pic.twitter.com/buG4pWFfxs

Now onto the snake itself. Pit vipers are a highly venomous species of snake found throughout the world. This new species was discovered in India in a Himalayan region called Aranachal Pradesh. This particular area is known for containing vast biological differences throughout it, which would in turn lend to different variations of species that live there.

This isn’t the first time a new species has paid tribute to the Harry Potter series. Back in 2016, a new spider was discovered and named after the sorting hat seen in the first film, Harry Potter And The Sorcerer’s Stone.

@jk_rowling We named a spider, after the sorting hat, from the films! 🙂 Meet Eriovixia gryffindori. Link to paper: https://t.co/XpGcCy4TO6 pic.twitter.com/Qwf1fid7W7

The Dementor wasp also gets its name from Harry Potter. The wasp injects its prey with a deadly dose of neurotoxins that causes them to become submissive – just like the Dementors are said to do throughout the Harry Potter series.

Check out the video below for more facts about pit vipers!