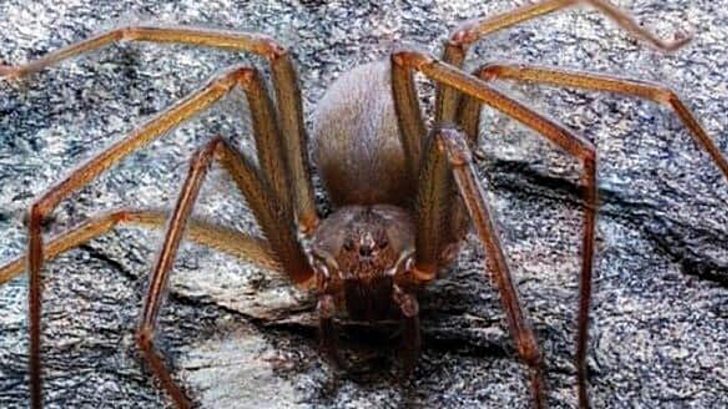 Channel 7 News in Australia has reported on a species of spider recently discovered that can rot human flesh if you’re bitten – the scariest part, they like to live in homes.

They Call It The Loxosceles Tenochtitlan Spider

Scientists Alejandro Valdez-Mondragon and his students, Karen Solis, Mayra Cortez Alma Juarez, and Claudia Navarro at the National Autonomous University of Mexico were the first to announce the new discovery. They call it the Loxosceles Tenochtitlan spider.

At first, they thought it was a violin spider, also known as a recluse spider, that had hitched a ride to Mexico on foreign plants being imported into the country – that is until scientists at the school ran tests on it and figured out the two were very different.

“As it is very similar to the Loxosceles misteca we thought that it had been introduced to this region by the shipping of ornamental plants, but when doing molecular biology studies of both species, we realised that they are completely different,” according to Alejandro.

If Bitten, The Venom Can Rot Human Flesh

Alejandro let everyone know that, yes, the spider is venomous and if a human is bitten by it the spider can cause the skin to rot – however, it usually runs away from humans. The spider can be found in homes due to the warm temperatures and accommodating environment. They hide in furniture, between tight spaces and we even provide them with food (bugs in the house).

If a child is bitten by one of these bad boys it can cause a lot of damage by traveling through the bloodstream and destroying red blood cells. People that have been bitten by them usually experience a rotting of the skin that can take many months to heal. However, it is very rare that people get bit by them.

The scientists say that they are the most active at night and when it rains. Rain makes males hunt for a female to mate with and their behavior becomes more abnormal. They recommend the best way to not encounter them is by keeping your home clean because they will hide in whatever is laying around and are attracted to trash cans/food left out where bugs they eat might be.