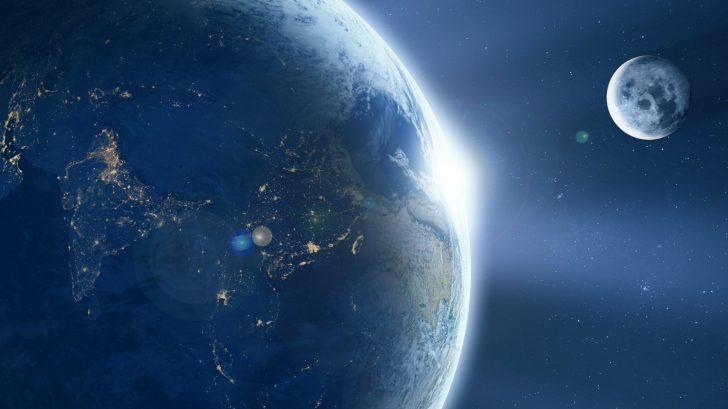 Scientists have discovered a brand-new “mini-moon” orbiting our planet for at least the last three years. While this new discovery is exciting, it doesn’t mean we will experience any gravitational effects as we do with our much larger moon.

According to a report by CNET the mini-moon has been dubbed “2020 CD3” by the scientific community and will only temporarily be orbiting our big blue planet.

First discovered mid-February by astronomers, 2020 CD3 is actually believed to be an asteroid measuring about the size of an average car.

“So far 2020 CD3 does not appear to be a part of some lost spacecraft hardware but there isn’t enough data yet to rule that out,” The Minor Planet Center said.

This object is only the second asteroid (that we know of) to have entered Earth’s orbit – and it will soon be on its way out of the gravitational field of Earth.

The previous asteroid, named 2006 RH120, was discovered by The Catalina Sky Survey at the University of Arizona – the same space agency that discovered this new one. 2006 RH120 orbited our planet for a year and a half between 2006-2007.

Astronomers used the Gemini Observatory in Hawaii to capture the first image of the mini-moon on February 24th, 2020. It is believed to be of natural origin and not space junk or pieces of spacecraft.

“If it is natural in origin, such as an asteroid, then it is only the second known rocky satellite of the Earth ever discovered in space other than the moon,” the National Science Foundation’s National Optical-Infrared Astronomy Research Laboratory said in a statement.

Many suspect it may not actually be an asteroid because of all the stuff we’ve launched into space as a civilization – including an actual car.

Welcome to the second flight of the Falcon Heavy! The first took place just over 14 months ago, sending Elon's Tesla Roadster and Starman to a Mars-crossing orbit.#Arabsat6A #FalconHeavy #SpaceX pic.twitter.com/59orbeJCyU

SpaceX's Starman and Elon Musk's Tesla Have Made a Lap Around the Sun https://t.co/OV6S0HFLm0 pic.twitter.com/qjYHF92NAk

The new mini-moon is expected to leave Earth’s gravitational field in the near future and scientists have already observed rapid changes in the distance between the object and our planet.

“Obtaining the images was a scramble for the Gemini team because the object is quickly becoming fainter as it moves away from Earth. It is expected to be ejected from Earth’s orbit altogether in April,” said John Blakeslee of the Gemini Observatory.

Listen to the short newscast below about the mini-moon.