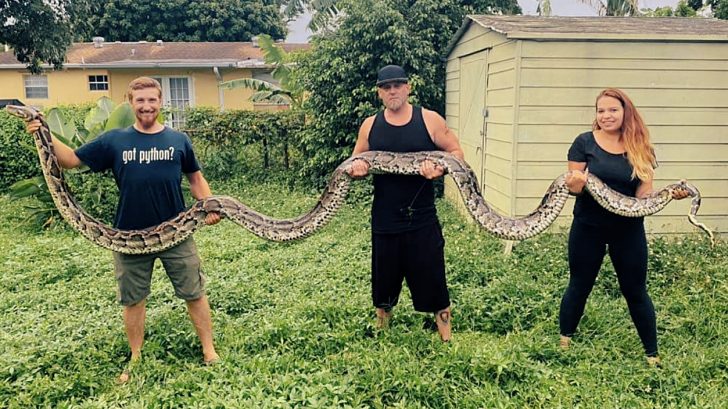 The two hunters spotted the snake in an area only open for state-licensed python contractors and water management district workers.

“On Friday night we pulled this BEAST of a snake out of waist-deep water in the middle of the night, deep in the Everglades. I have never seen a snake anywhere near this size and my hands were shaking as I approached her,” Kevin shared on his Facebook account.

They joined efforts to grab the python whose head was under three or four feet of water. While it was risky, Ryan was able to get the snake by her tail while Kevin was able to grab her by her head.

“The removal of this behemoth Burmese python is a triumph for our native wildlife and habitats,” Yahoo News reported FWC Commissioner Rodney Barreto saying.

Watch The Video Below Of The Python Being Captured