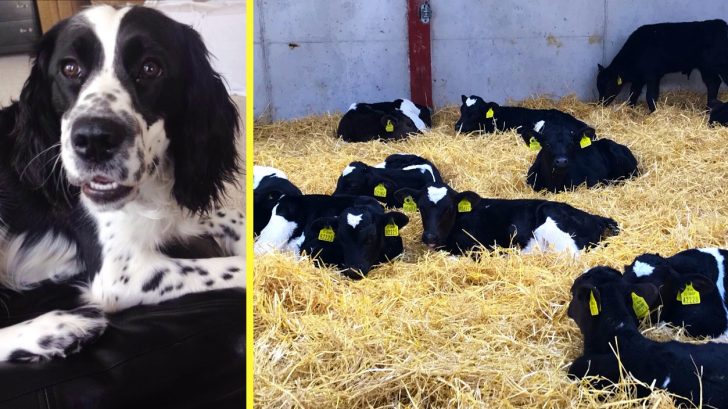 Who knew a group of small calves would be so gullible? This poor pup got the surprise of a lifetime after wandering into the barn where these little black and white calves were sleeping – and once they saw him, they got very excited!

Cows and dogs have had a special bond for hundreds of years (if not thousands) and over these millennia, they’ve grown closer and had a much more involved relationship as both have been used as workers on farms and other industries.

As these two very different breeds have gotten closer, folks have been able to capture some cute and funny moments between the two – and this specific instance is one of the best!

This new-to-the-world group of small calves seemed to think that this wandering springer spaniel wasn’t a dog but, rather, a fellow bovine!

Surrounded by three very affectionate calves, this pup got a bit more than he bargained for as they started licking and grooming him as if he was another calf. 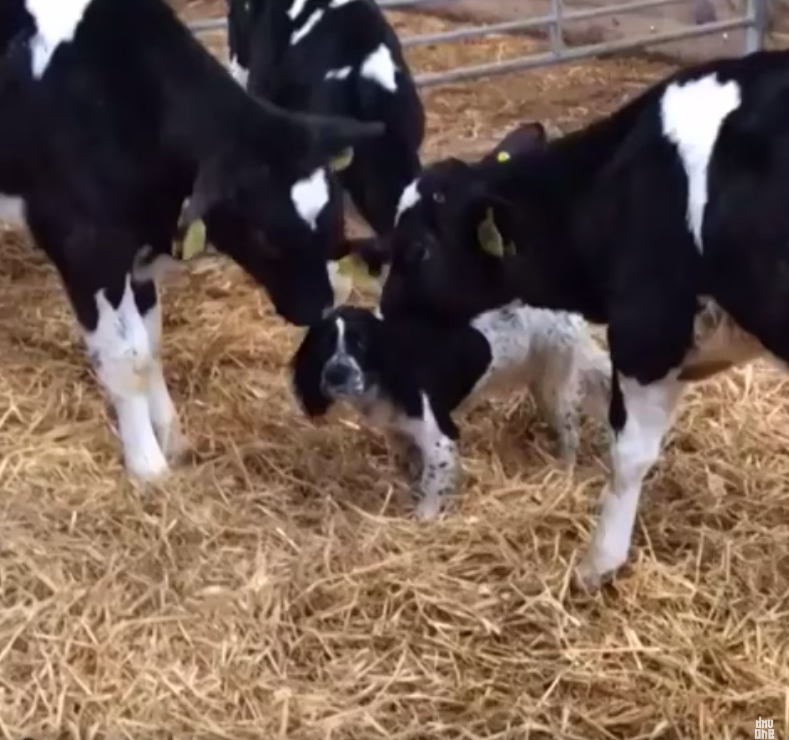 Standing there with a completely petrified look on his face, his eyes dart around as if he were saying “Ummm…Help!?” And then he flashes some eyes at the camera that had us absolutely howling with laughter!

Watch this hysterical clip below and tell us if you’ve ever seen anything like this before.

They thought he was a baby cow ??