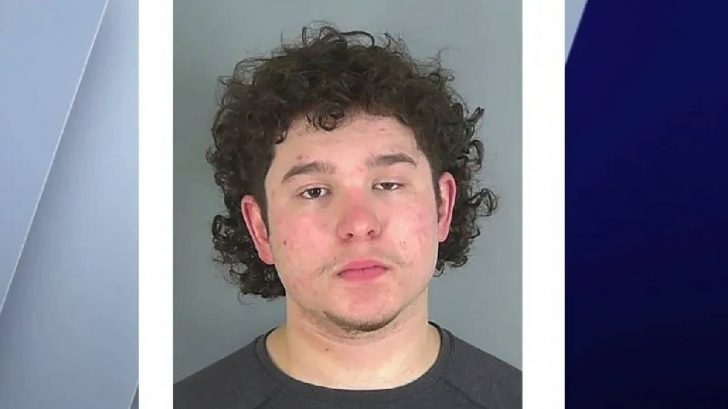 On February 8, former American Idol finalist Caleb Kennedy was arrested and charged with a felony for driving under the influence after he crashed into workshop, which resulted in the death of a 54-year-old man.

According to the South Carolina Highway Patrol, 17-year-old Kennedy was behind the wheel of a 2011 Ford pickup when he turned onto a private driveway shortly after noon and struck a workshop behind the home. 54-year-old Larry Duane Parris was inside the workshop and was killed in the crash.

JUST IN: SCHP working serious crash involving truck that ran off Murph Rd near Brian Rd in Spartanburg and crashed into a building hitting a 54yo man. The 16YO driver isn't being ID'd due to his age. SCHP didn't confirm any charges as of this hour. https://t.co/LyrqOlMRer pic.twitter.com/crPBxbs4Hi

You might remember Kennedy when he competed on Season 19 of American Idol and wowed the judges during his audition with his original song, “Nowhere.” Judge Katy Perry told the then-16-year-old that he had something special. Lionel Richie praised the teen’s talent, saying he had a “storyteller’s voice,” and later added that he had great expectations for Kennedy. He advanced to the Top 5 before withdrawing after a controversial video was released.

Kennedy posted a statement to Instagram following his exit from Idol and said that he displayed actions “that were not meant to be taken in that way.” He apologized to his fans and stated that he was going to be taking some time to better himself.

Now, nine months after that video surfaced, Kennedy is in hot water again – and more details have emerged about the fatal crash.

According to WGNTV, who obtained the arrest warrant, Kennedy said he took a “deep draw” from a vaping device, which allegedly had marijuana in it, and then felt its effects while driving, a prosecutor said in court Wednesday (Feb 9).

Ryan Beasley, Kennedy’s lawyer, said alcohol was not involved. WGNTV also reports that “the warrant is the first indication that marijuana is part of the prosecution’s felony charge, which carries a sentence of up to 25 years in prison.”

Beasly told the AP, “He was holding the victim in his arms when the police got there. This was obviously a terrible, terrible accident. By all indications is a great student, never been in trouble.”

Kennedy remains in jail after a judge denied him bond and is being charged as an adult. His lawyer plans to request bond at a hearing later this month.