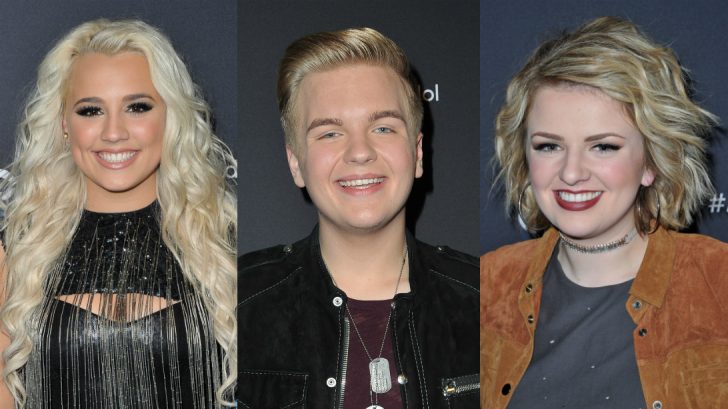 After thousands of auditions, weeks of performances and brutal eliminations, the first season of the American Idol reboot has come to an end. Three hopefuls made it through to Monday night’s grand finale, but only took home the coveted title from the show that has launched some of music’s most successful careers, such as Carrie Underwood, Kelly Clarkson, Jennifer Hudson and Scotty McCreery.

The two-night finale was a star-studded event that featured solos from the Top 3 as well as collaborations from some of their favorite artists. Georgia native Caleb Lee Hutchinson has been a steady forced to be reckoned with all season long and has proven time and again that he is country through and through. On Monday night, Hutchinson joined pop-turned-country artist Darius Rucker for a duet on Rucker’s chart-topping hit “Wagon Wheel.”

Gabby Barrett, the other country artist in the top three and a front-runner for a majority of the season, joined Idol judge Luke Bryan for a performance of Bryan’s recent hit “Some People Are Good.” And, Maddie Poppe joined Kermit the frog for “The Rainbow Connection.”

In true American Idol style, they built up the anticipation leading up to the winner announcement. Roughly halfway through the show, it was revealed that Caleb Lee Hutchinson was in the Top 2, and Gabby Barrett was out of the running for the title. Gabby’s elimination came as a shock and social media went crazy after the announcement was made.

Congratulations, Maddie! Watch the winning moment in the video below.