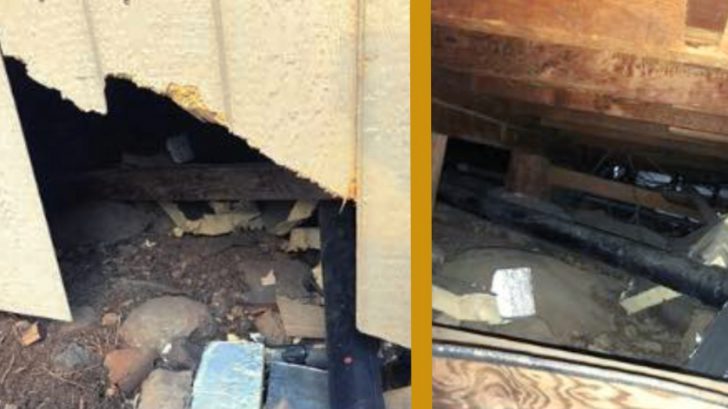 Placer County Sheriff’s Office released a public statement on Facebook about a bear and her three cubs breaking into a residential home in Kings Beach, California. The bizarre part is, the bear damaged the home in a way that could have lead to a potential explosion.

The Department of Fish and Wildlife said no one was in the home when the bear decided to rip off the side of the house to make a den under the home for herself and her three cubs.

In the process of doing so, the bear managed to break a gas line and the smell got so strong that the neighbors could smell it and ended up calling the police. When officials arrived on the scene, they found the bear and safely removed her and the cubs.

After the bear was removed, professionals were able to get in there and quickly fix the gas leak before a potential explosion could occur. Everyone was happy that didn’t happen and that all four of the bears were safely transported away from the community to a wilderness area.

“This is a friendly reminder to keep your homes, windows, sliding doors, and cars locked at all times, and to make sure no remnants of food or food wrappers are left in areas accessible by bears,” Placer County Sheriff’s Office wrote on Facebook. “Additionally, please secure your garbage cans in bear-proof containers to keep bears out. Bears have an extraordinary sense of smell, and can detect food from about 20 miles away — their sense of smell is seven times better than a blood hound’s.”