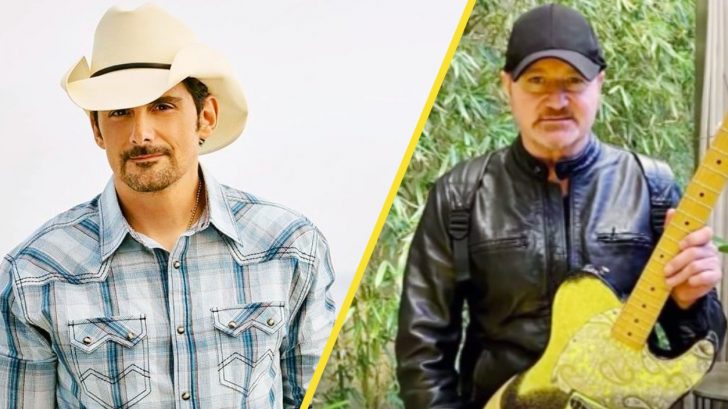 Musician Buck McCoy was one of many Nashville residents affected by the Christmas Day bombing in the city. His apartment was hit by the blast, and has been deemed “unsafe” for him to return to.

Thankfully, he was able to reunite with his beloved cat, Molly, who he thought he lost in the bombing. He was also able to recover one of his guitars, though it’s in need of some repairs.

In the meantime, McCoy can play a guitar that was given to him by none other than Brad Paisley.

McCoy told WBOY he logged on Instagram one day after the bombing and saw he had a message from Paisley. He thought it was a joke at first, and that it wasn’t actually Paisley messaging him.

“I went to my Instagram; and there was a message; and I was like, this must be some kind of prank,” McCoy said. “You know, one of my funny buddies saying let’s cheer Buck up. No, it was actually [Paisley]; and he wanted to talk to me; and he said I want to hook you up with a guitar so you can get back to work and make a living.”

McCoy said he and Paisley talked for 30 minutes about their shared love of guitars. Paisley also offered unlimited free groceries to McCoy through he and his wife Kimberly Williams-Paisley’s nonprofit grocery store, The Store.

With Paisley’s guitar in hand, McCoy was able to return to the stage. He performed at John Rich‘s Redneck Riviera on Friday morning (January 1).

Listen to McCoy tell his story and show off the guitar Paisley gave him by watching the video below.

Hats off to Paisley for stepping up to help a fellow musician in need. We’ll be keeping McCoy in our thoughts and prayers during this trying time.

A GoFundMe has been established by some of McCoy’s friends to help him rebuild his life. You can donate to that fundraiser here.