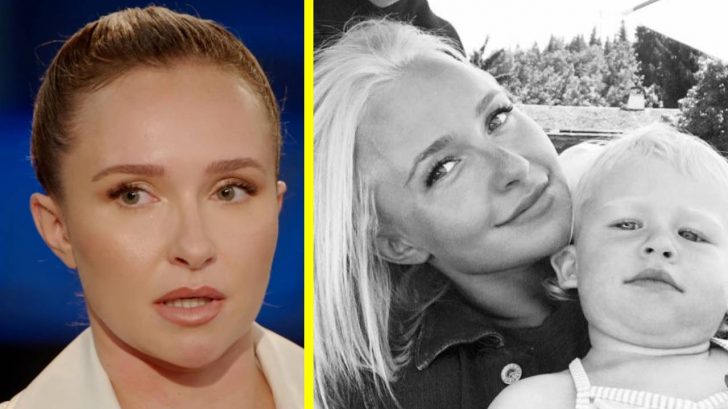 Actress Hayden Panettiere has been in the spotlight almost her entire life. We first found out about her in the film Remember The Titans, but our favorite role of hers has to be as Juliette Barnes from the hit television show Nashville.

The show first premiered in 2012 on ABC and ran until 2016 when it was cancelled. Fans started a social media campaign to save the show, and it was successful! CMT picked the show up for two more seasons, allowing fans to get a less abrupt ending to their favorite show.

Art imitated life for Panettiere in the show. She struggled with postpartum depression in real life, and so did her character in the show after she had a baby. After the show wrapped, the actress went public about her struggles with alcohol and drug addiction.

She gave birth to her daughter, Kaya Evdokia Klitschko, in December 2014 with then-fiancè Wladimir Klitschko, a Ukranian champion boxer.

Missing rings don't mean the end of relationships. Blessed to be with my beautiful family ? pic.twitter.com/oCiTK0ziJf

Klitschko resides in Ukraine, where his brother, fellow boxing champ Vitali Klitschko is the mayor of Kyiv.

Panettiere eventually gave up custody of her daughter after she and Wladimir split and went to rehab for eight months and completed trauma therapy. She is finally opening up about that “heartbreaking” moment where she had to sign the papers giving her ex full custody.

She said, “If he’d come to me and said, ‘I think because of where you’re at right now and your struggles that you’re having it would be good for her to be over here with me for a while,’ to which if I had probably had enough of a conversation, I would’ve said, ‘Okay. that makes sense, I get it. I’ll come there to visit and stuff like that.'”

The actress added, “Because of the way that it was done, it was very upsetting. I mean, it was the worst signing those papers, the most heartbreaking thing I’ve ever, ever had to do in my life.”

She clarified that “signing those papers” meant signing over full custody to Wladimir and that she was going to work on herself. Panettiere said, “I was gonna go work on myself, I was gonna get better and when I got better, then things could change and she could come to me, and I could have my time with her but that didn’t happen.”

She is currently doing very well in her life and career, having recently signed with a new agency and