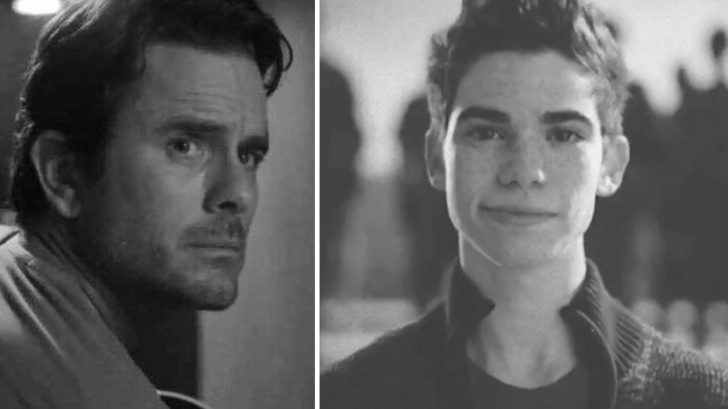 You may know Charles Esten best as Deacon Claybourne from the hit television series Nashville. But before he was Rayna Jaymes’ true love, he was the dad on the Disney Channel show Jessie.

Jessie premiered in 2011 on the Disney Channel and ran until 2015. The show centered around a Texas teen named Jessie who becomes a nanny for the Ross family’s four children: Emma, Luke, Ravi, and Zuri. The Ross parents, Christina (a supermodel turned business mogul) and Morgan (a famous movie director), make limited appearances in the show due to their demanding schedules in their respective careers. Morgan Ross was played by Charles Esten.

Sadly, it was announced that one of Esten’s young co-stars from Jessie passed away in his sleep on Sunday at 20 years young. Cameron Boyce played Esten’s troublemaker son Luke.

“It is with a profoundly heavy heart that we report that this morning we lost Cameron,” his family said in a statement. “He passed away in his sleep due to a seizure which was a result of an ongoing medical condition for which he was being treated. The world is now undoubtedly without one of its brightest lights, but his spirit will live on through the kindness and compassion of all who knew and loved him.”

Boyce was a talented actor, singer, and dancer and was clearly loved by every person he met. Esten took to Twitter to mourn his former onscreen son, who he actually knew before they even filmed Jessie, as he attended the same elementary school as Esten’s own children.

“My family and I are devastated today, by the loss of our young and amazing friend, Cameron Boyce. Years before I was blessed to play his father on JESSIE, we were blessed to know him and his wonderful family at the elementary school our kids all attended together,” he wrote.

My family and I are devastated today, by the loss of our young and amazing friend, Cameron Boyce. Years before I was blessed to play his father on JESSIE, we were blessed to know him and his wonderful family at the elementary school our kids all attended together./1

He followed that up with a series of six tweets. He continued, “It was there we were introduced to his endless talent, kindness, and joy for living. At his very 1st talent show, little Cameron’s dancing lit up the stage, and left everyone on their feet, cheering . It was clear to all that he was destined to be the star he would soon become.”

Read the rest of Esten’s moving tribute below.

It was a joy to work with him on JESSIE, as it was with all the wonderful young stars of that beloved show. They were as close as actual brothers and sisters to one another, and still are, and my heart breaks for them today. /4

Rest In Peace, Cameron. You will be dearly remembered, my friend, and you will be greatly missed.?/.

Our thoughts and prayers go out to Cameron’s family and friends. Watch Disney Channel’s tribute to him below.

Rest in peace dear friend, you’ll be in our hearts forever ? pic.twitter.com/T924ONXj2y