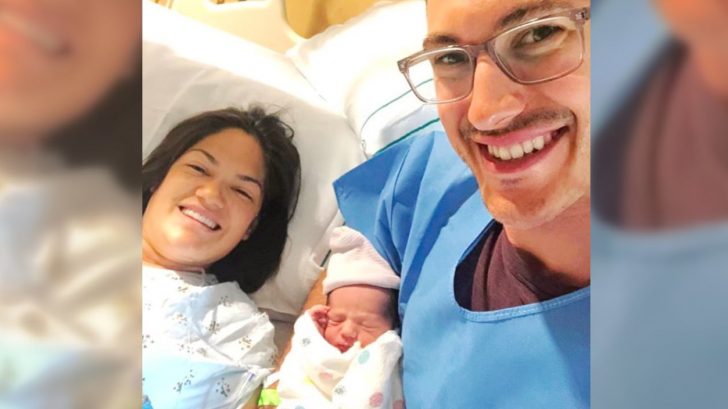 The Logano family is now a party of four!

NASCAR’s Joey Logano and his wife, Brittany, recently welcomed a new addition into their family. The couple previously opened up in 2017 about their struggles to get pregnant.

Finally, their prayers were answered when Brittany gave birth to their first child, son Hudson Joseph, in January 2018.

If you wrote down Hudson’s daily schedule, there would be a time blocked for “Golf Cart Ride” at least once a day. My @clubcar Onward stays busy with this family! JL VLOG 4.6.20

Now, the Loganos have one more boy in their brood!

On Thursday (May 7), Brittany gave birth to the couple’s second child. The baby boy made his grand debut at 10:51 AM and weighed 5.12 lbs. He measured 18 inches long.

Joey made it sound like his baby boy had to be delivered via C-section. Using NASCAR-esque lingo, he said his son “opted to take the roof hatch for his exit.”

Mom and baby are now doing well, with Joey saying “all is good.”

The 2015 Daytona 500 champion introduced his son with two photos he shared on social media. He also revealed his name, saying he and Brittany chose to name him Jameson Jett.

He opted to take the roof hatch for his exit, but all is good now for Jameson and his Mom! pic.twitter.com/rv6RnxI4Gw

Back when Joey and Brittany were expecting their eldest son, Hudson, they revealed his gender in a creative way that seemed fitting for a NASCAR driver.

Joey hopped into a Mustang and made it blow off some smoke. Gradually, the smoke coming from the tires changed from white to a light blue, revealing that baby Hudson was a boy!

Tune in to the video below to see how that gender reveal unfolded.

Congratulations to Joey, Brittany, and big brother Hudson on the arrival of their newest family member, baby Jameson. His photos are precious!