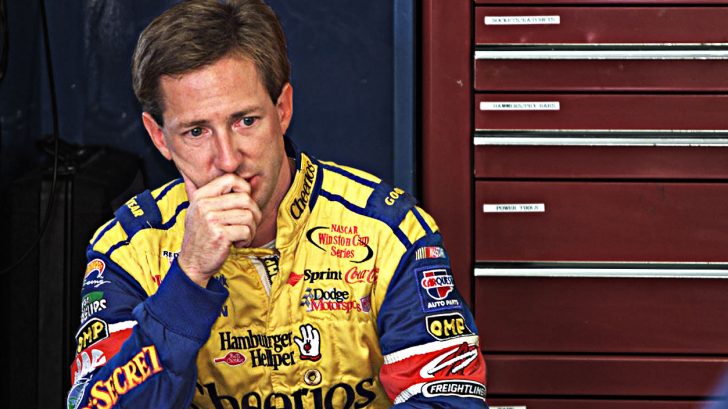 The legendary NASCAR and IndyCar driver revealed the news to his fans just days after finding out himself – and he’s asking for your prayers.

Known for his iconic family name that’s synonymous with all-star race car drivers, John Andretti is also known for his own legendary performance on both NASCAR and IndyCar tracks. He’s become one of the most-recognized drivers throughout multiple series of racing.

Back to chemo today. Same cocktail with an added twist. Only 3 months to go! #CheckIt4Andretti pic.twitter.com/pl7lm3mluX

In 2017, Andretti revealed that he was battling colon cancer and had been diagnosed as stage four. Following that, he kicked off a campaign to get folks screened earlier to prevent people from going through what he had.

I've been thinking a lot about @John_Andretti the last 3-4 days. John is good to me. I am praying for his stage 4 colon cancer to be gone.

Andretti first discovered his cancer during his very first and routine colonoscopy, calling it the “silent killer” and encouraging his thousands of followers to speak with their doctors about doing early screenings to help fight the disease.

Now, the 55-year-old motorsports legend has revealed that following surgeries and his chemo treatments – his cancer has not only returned, but it has spread as well.

Following my 6 month scans last week, we received the news that the cancer has returned & spread to other areas. We are in the process of evaluating our options of treatment. Although this is a difficult time for us, your continued prayers & support are very important to us.

His first surgery removed 12-14 inches of his colon. Scans later showed that the cancer had spread to his liver and spleen – then he got the news that both his gallbladder and spleen were cancer free. Now, he says, he’s looking for treatment options and is thanking everyone for their continued prayers.

The support from within the NASCAR community is outstanding and many folks responded to his tweet with their own prayers and well wishes.

Keep fighting, John. We're behind you.

From all of us at @AmericanCancer, you and your family are in our thoughts.

Sending good thoughts your way from our 'Dega family!

Our thoughts and prayers are with John Andretti and his family during this time.