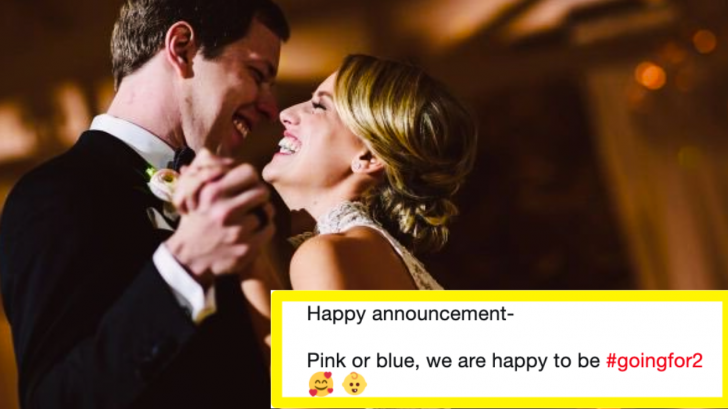 It’s a thrilling day for this fan-favorite NASCAR driver and his growing little family! In a tweet earlier in the day on May 22nd, 2019 – they shared the big news that they are expecting their second child in the upcoming months!

The 2018 Brickyard 400 winner, Brad Keselowski, and wife Paige helped mark the announcement with their four-year-old daughter Scarlett in a series of photos that will absolutely melt your heart.

Keselowski and his wife have been married since 2017 after they tied the knot in a stunning ceremony and they’ve had such a beautiful relationship that they’ve both shared with fans on social media.

Scarlett helped her parents announce the future addition to their family with a bundle of pretty balloons, a framed photo of the sonogram, and a pretty pink dress that had “Big Sister” embroidered on the front.

Scarlett, who just turned 4 on the 19th, unfortunately, had a health scare just after she was born where she was diagnosed with laryngomalacia which is a softening of the larynx tissues above her vocal cords. Luckily, she had a successful surgery and recovered quickly.

“It definitely weighs on you,” Keselowski told NBC Sports, reflecting on Scarlett’s medical scare as he and Paige get ready for a second child.  “Obviously, my wife hasn’t been at the track the last few months. That’s intentional because, one, the strain on her, (and) two we didn’t want a bunch of people asking her about it because of those things that can happen.”

What a car. What a team. What a day! Thank you #2Crew. Goodnight @martinsville_speedway.

So, while they had a scare with their first bundle of joy, they are taking lots of precautions with the second one because they know just how precious life is. And, Keselowski says, the reality is that Paige is really doing all the work.

“They say ‘we’re having a baby,’ it’s more she’s having the baby and I’m cheering. It’s still a great time and I’m grateful for the lesson I’ve had in my life.”

“I’m just going to do the best I can to be a responsible, great parent and show the most amount of love I know how to show and realize that it can all be taken away from you at a moment’s notice but hope and believe that it won’t.”

Pink or blue, we are happy to be #goingfor2 ? ? pic.twitter.com/rwiVOb6Zsn

In the precious photos of the growing family, Scarlett is shown running down an empty street with fistfuls of balloons that have blue and pink confetti inside, then later holding a sonogram with a quaint smile as her parents embrace one another in the background.

Keselowski captioned the gallery “Pink or blue, we are happy to be going for 2” in a cute pun.

Check out Brad’s hilarious “Brad Hacks For Dads” video below and join us in congratulating them on their blossoming family!