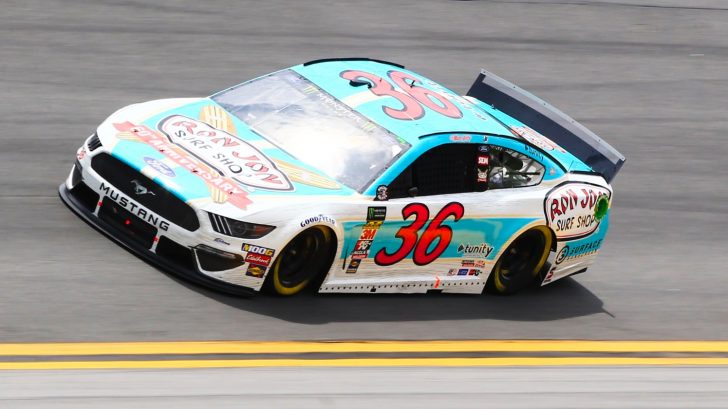 Young NASCAR driver Matt Tifft has exited full-time racing after experiencing some troubling medical problems – and he is choosing to focus on his health.

Tifft, who has been racing for Front Row Motorsports for the last year, suffered a seizure inside his team hauler during a practice session for the First Data 500 at Martinsville Speedway. Since then, he has been sidelined while investigating the cause.

In July 2016, Tifft underwent a surgical procedure to remove a benign brain tumor after doctors discovered it during a routine treatment for a back injury. The surgery was successful and had no effect on him.

Now, many have speculated that the tumor and seizure may be linked, however, doctors have not issued a statement about this.

In his own words to NASCAR, Tifft reveals that he and his team are parting ways amicably so that he may focus on his personal health and perhaps will return to racing in the future.

“I’ve made the decision to focus on my health and there is no rush or timetable to get back behind the wheel. Because of that, I can’t commit to racing full-time in 2020. I can’t say when I’ll be ready to race again, but I believe I will come back. I love this sport, the people, and I would like to be a part of it next year in some capacity.”

“I want to thank Bob Jenkins, Jerry Freeze and the entire Front Row Motorsports organization for allowing me to live my dream of racing in the Monster Energy NASCAR Cup Series. They are great people and it’s been awesome to race there. I look forward to what’s next in racing when the time is right.”

“Matt has always shown us a lot of determination and courage. He’s a fighter and I believe, like him, that he’ll return to driving. For now, we support Matt and his need to focus on his health and his family. Racing will be there when it’s time. We want to thank Matt and his family for being a part of Front Row Motorsports and helping us continue to grow.”

We pray for Matt Tifft and wish him a speedy recovery while he works to sort out these specific health issues.

Some unedited video of Matt Tifft addressing the media. He said more tests to come to determine cause and until then doesn’t know when he could race again. He said his health comes first: pic.twitter.com/WzzvYXJCnl