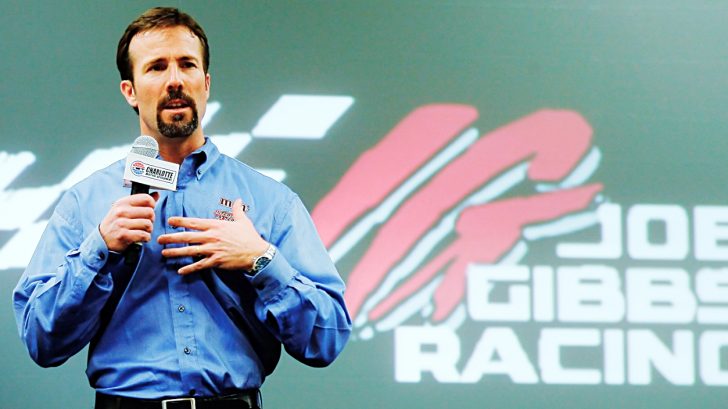 At just 49 years old, the passing of this former racer and influential figure across NASCAR is devastating news for so many drivers, leaders, and owners in the sport.

Known for his incredible personality and the immense value he brought to NASCAR, former driver and co-founder of top-ranking team Joe Gibbs Racing, JD Gibbs, passed away on January 11th, 2019.

I am deeply saddened to hear of the passing of JD Gibbs. He and the entire JGR organization were key to my career in NASCAR and will forever be in my heart. My thoughts and prayers go out to the entire family at JGR during this very difficult time. pic.twitter.com/yQ42OFHAwZ

Gibbs, who is the eldest son of Joe Gibbs (former pro football coach and hall-of-famer), began his career as a racer for the team he and his father founded: Joe Gibbs Racing. With just a handful of employees, Gibbs also served as a tire changer on Dale Jarrett’s car in the 1993 season when they won the Daytona 500.

Thank you for giving me the opportunity to succeed and for guiding me along the way. We won together and we lost together, but you had a way to light up a room and bring peace to all. It was truly an honor to call you a friend. Love you JD. pic.twitter.com/RAuJDqGLsU

He began racing in the Camping World East Series and late-model events before moving into the Craftsman Truck Series and Busch Series. Just a few years later, JD became the president of Joe Gibbs Racing.

What an incredible person. So very kind and humble. Thinking of the Gibbs family and all his friends at JGR. https://t.co/jqTq414630

In 2015, JD Gibbs stepped away from the team he helped shape into an elite part of NASCAR after revealing that he was suffering from “conditions related to brain function.” At the time of his departure, he had already welcomed Denny Hamlin to the team as a driver and is credited with helping to start his career.

My favorite picture. Me and JD together before my first race in 2006. My dad in the background looking on. He said to JD, “He’s all yours now” I’ll never forget it pic.twitter.com/w6Ldj7FAIf

After the news of Gibbs passing began to circulate, many big names in the sport took to social media to express their fond memories and deep sympathies in this difficult time of loss.

“We were privileged to watch J.D. Gibbs grow within the sport, displaying an endearing personality, a keen eye for talent and the strong business acumen that helped grow Joe Gibbs Racing into a preeminent NASCAR team,” the chairman of NASCAR, Jim France said in a statement. “The NASCAR family has lost a truly special member.”

Our thoughts and prayers are with the entire Gibbs family and their tight-knit organization as they mourn the passing of a beloved son, friend, and leader.