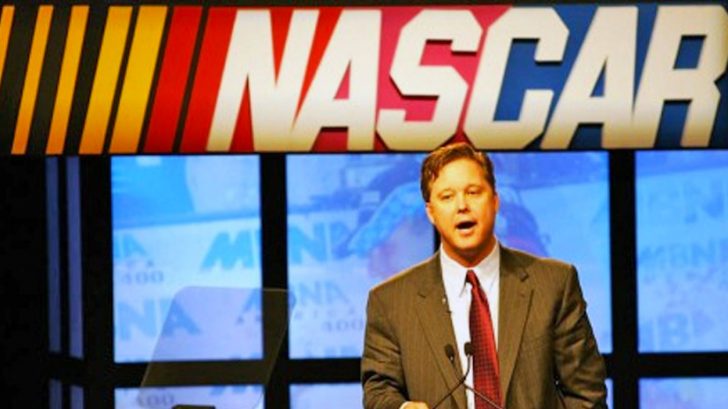 The CEO and chairman of NASCAR, Brian France, was arrested and charged with two offenses in New York state – one of them being a drug possession charge.

France, who is the grandson of NASCAR co-founder Bill France Sr., has been the head of this beloved motorsport for 15 years. Recently, rumors were swirling that the France family was looking to offload NASCAR through some sort of sale due to dwindling viewers and ticket sales.

Now, France is in hot water with New York police.

According to NBC Sports, France was arrested by Sag Harbor Village police at 7:30 p.m. Sunday night (August 5th, 2018). They charged him with two counts  – possession of a controlled substance in the 7th degree, and driving under the influence.

The posted police report states that France failed “to stop at a duly posted stop sign” and was pulled over. Upon approaching the vehicle and interacting with France, officers determined that he was operating the vehicle in an intoxicated condition.

Officers then decided to search France and discovered that he was in possession of prescription narcotics – oxycodone. They arrested him and held him overnight until he was arraigned this morning (Monday, August 6th.)

Both charges are misdemeanors and carry both fines and possible jail sentences. There is no word on a sentencing date or what plea France entered during the arraignment.

Many industry professionals spoke out following the news of France’s arrest and charges. Some questioned what sanctions he would face from NASCAR – who also issued a statement.

2) Will Brian be required to complete @nascar Road to Recovery program before reinstatement? 3) Will he be subject to future random — and unannounced — drug testing? If not, why not? I wish @nascar PR the best in its most difficult day since Dale Earnhardt was killed. (3/3)

Annoyed for both Chase Elliott’s win now being overshadowed by Brian France being a moron and for Spencer Gallagher who was vilified for doing what his sport’s CEO apparently also does.

NASCAR’s statement, while brief, indicated that they were treating this as a very serious incident within the top level of their organization.

“We are aware of an incident that occurred last night and are in the process of gathering information. We take this as a serious matter and will issue a statement after we have all the facts.”

What do you think of this? Tell us in the comments.