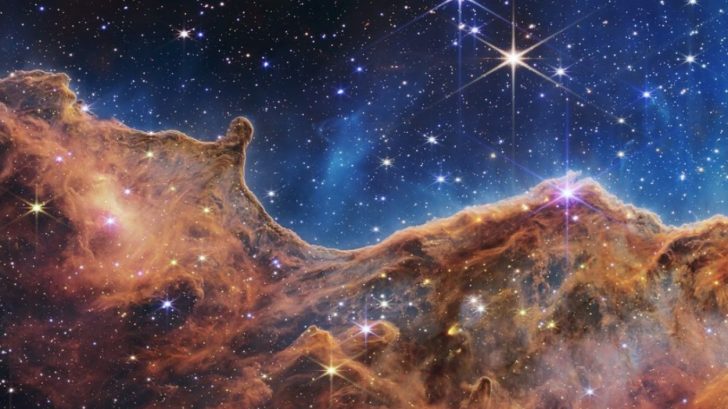 Uncovering new mysteries of the universe is what NASA’s powerful telescope has just done!

On July 12th, 2022, NASA published the deepest infrared image of the universe. Showing a tiny size as a grain of sand in a huge universe, the image released by NASA space telescope James Webb showcases thousands of galaxies in a vast universe. They have small, faint shapes with baby stars that have never been discovered before.

The James Webb Space Telescope is the world’s first space science observatory. According to NASA, its goal is to help uncover and explain our solar system mysteries, and enable a better understanding of the origins of the universe.

Other pictures of the universe were published by NASA. They triggered several heartwarming reactions on social media all over the world. One of the pictures shows what looks like a curtain of dust and gas. Behind it is hidden baby stars glowing magically. These “Cosmic Cliffs” have never been seen like this before.

Next up is Stephan’s Quintet photo. Five galaxies are pictured with four of them pulling each other in a gravitational dance which seems to be a high five from the universe!

Thanks to the NASA James Webb space telescope, we will uncover mysteries about the universe, star formation, and gas interactions. The last picture shared by the space telescope shows a planetary nebula, an expanding cloud of gas that surrounds a dying star.