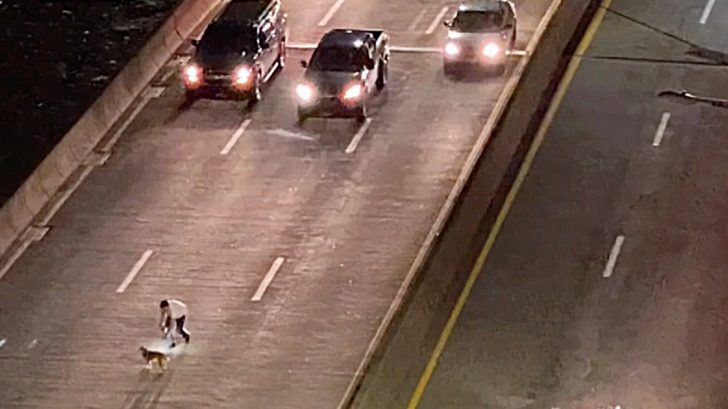 NBC New York News reported on January 29th, 2020 about a mystery man who stopped traffic and got out of his vehicle to save a dog that was lost, running around in the middle of a busy parkway near the Manhattan Bridge.

Great news everyone. First, she turned out to be a beautiful 4 year old male Shiba Inu named Daiki. He was reunited with his family a short time ago. Thanks to the @NYPD5Pct for bringing his mommy over. Just wish I would've gotten the good samaritans name that saved Daiki. pic.twitter.com/5vCKpFoAE3

The dog was a 4-year-old male Shiba Inu named Daiki who somehow got away from his owners and wandered off into the street. Steven M. Caruso from Brooklyn happened to be in the area when it happened and filmed the rescue from his cell phone.

The unnamed man was shown kneeling down in the road speaking to Daiki and trying to coax him to come to him. He was able to grab him and get him to safety, but the funny thing is later the hero told reporters that he’s scared of dogs. He just knew he’d be killed if he didn’t do something about it so he made the sacrifice.

The man didn’t want to be named on television so no one will even know who he was. However, thousands have seen his brave actions due to people resharing the video with their friends and family on social media. The dog was safely reunited with his family who were in tears to have him back.

Watch News Report In The Video Below