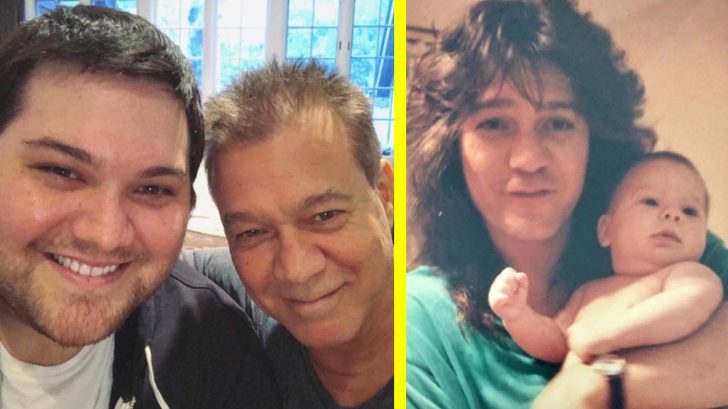 He is highly considered one of the greatest guitarist of all time and he has sadly played his final note.

Eddie Van Halen, co-founder of the legendary rock band Van Halen, passed away on Tuesday (Oct. 6) at the age of 65 following a ten-year battle with cancer. According to various sources including TMZ, Eddie had been traveling between Germany and the United States over the last five years for radiation treatments to help combat the cancer.

Van Halen shot to fame after the release of their debut self-titled album in 1977. Upon his rise to fame, Eddie fell in love with another rising star, actress Valerie Bertinelli.

What a journey! ?? Thank you @reelzchannel and everyone who participated! ?

In 1981, the couple were married and ten years later, they had a son named Wolfgang. Although they divorced in 2007, Valerie and Eddie remained the closest of friends. Wolfgang followed in his father’s musical footsteps and joined Van Halen as its bassist in 2006.

“I can’t believe I’m having to write this, but my father, Edward Lodewijk Van Halen, has lost his arduous battle with cancer this morning,” Wolfgang wrote on Twitter. “He was the best father I could ever ask for. Every moment I’ve shared with him on and off stage was a gift.”

He continued, “My heart is broken and I don’t think I’ll ever fully recover from this loss. I love you so much, Pop.“

Wolfgang also included a black and white photo of his father with a huge smile on his face.

Our thoughts and prayers are with Wolfgang and his family as they mourn.

Watch Wolfgang and Eddie share and awesome father-son moment at a show in 2004 below.