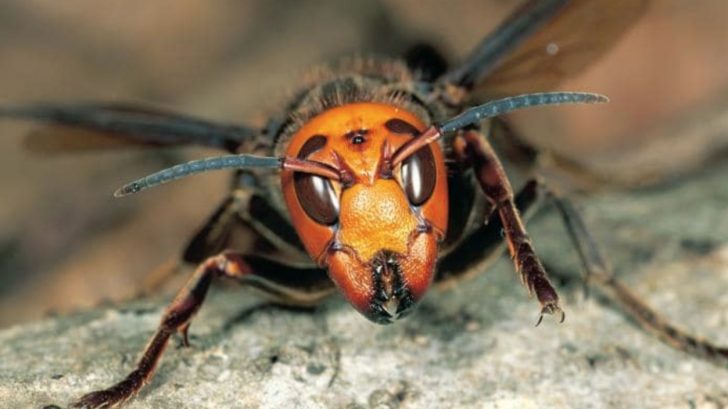 The Washington State Department of Agriculture informed the public that a new insect species named “murder hornet” made its appearance from Asia to the U.S in late 2019.

Murder hornets are large predatory insects. They are known for their orange head and black-banded orange body. They traveled from Asia and made their first appearance in Northwest Washington where two Asian giant hornets were found. A hornet colony was also found and eradicated in British Columbia.

A murder hornet’s sting can be very dangerous for humans, especially people who are allergic to them. In Japan where they are often seen in the mountains outside Tokyo, they kill about 50 people a year. Their presence is extremely harmful to bees as well because they eat them and destroy their already declining colonies. One murder hornet can kill hundreds of bees.

When a giant hornet was spotted by beekeepers in Washington state, beekeepers reported that the hornet decimated the entire honeybee colony and hundreds of bees’ heads were ripped off.

Experts are worried about their presence in North America. The Washington State Department of Agriculture (WSDA) published a press release on August 17th, 2020, saying it wants to eradicate the hornet’s nest by trapping, tagging, and tracking male Asian giant hornets.

“Trapping a male Asian giant hornet in July initially came as a surprise,” Sven Spichiger, a managing entomologist at the Washington State Department of Agriculture (WSDA), communicated in a statement.“But further examination of the research and consultation with international experts confirmed that a few males can indeed emerge early in the season.”

If the murder hornet spreads in Washington state, the impact on the environment, economy and public health will be at risk, WSDA shared.