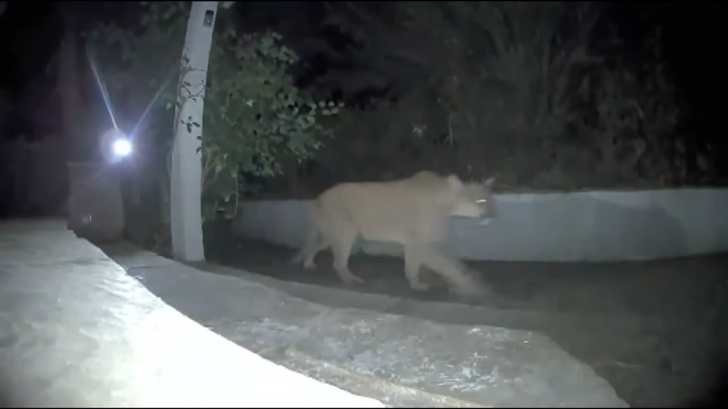 An extremely brave dog has been hailed a hero by his family after he defended his family from a mountain lion that was dangerously close to them.

Mary Padres from La Verne, California said that screamed in fear after spotting a full-grown mountain lion in her backyard when she opened up the backdoor to see what the dog was barking at.

Mary told CBS Los Angeles that after she went outside to see what the matter was, “the mountain lion was looking right at me. It was huge.”

Her dog Rocky stood up to the big cat, barked at it, and began to chase it off away from his family who was clearly stressed out by the wild animal’s presence.

Rocky’s fearless chase down of the larger cat earned him a lot of respect from the family but, unfortunately, when the dog caught up to the big cat, he had a short scuffle with it that left him with some painful injuries.

“We saw the hole all the way down to his brain,” Mary said, talking about a puncture on her dog’s head.

Rocky ultimately chased the cat away but sustained injuries during the process. The family decided to return the favor and carried their injured pet into the house and then load him in the car to transport to the veterinarian.

The brave pooch had eight puncture wounds and had to get 30 stitches to seal him up but he is doing well and expected to make a full recovery. Check out the video below to see the entire ordeal go down on the family’s home security camera.