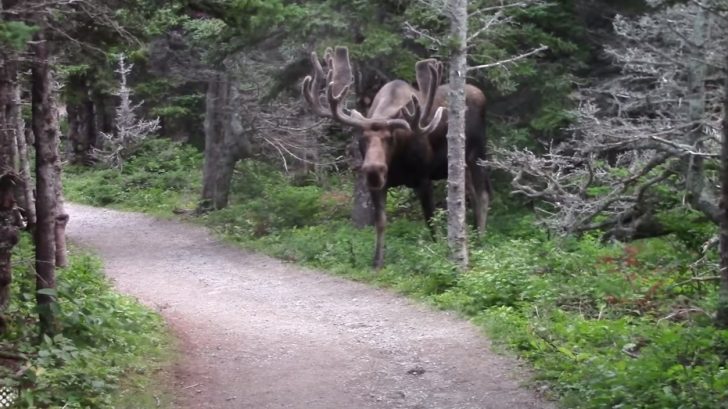 Montana Fish, Wildlife, and Parks said two good buddies found themselves in a life or death situation after encountering a full-grown bull moose while hiking on Jack Creek Trail.

The trail is officially known as U.S. Forest Service Trail 6317 and is about 10 miles east of Ennis, Montana. The men were both in their 70s when they encountered the bull moose that was standing off to the side of the path about 30 feet away.

The bull moose was startled to see the men approaching and charged at them. As fast as they could, the men scrambled to find a place to shelter themselves from the aggravated beast. One of them ran and stood behind a tree while the other retreated underneath a fallen tree.

The moose ran over to the man underneath the tree and kicked him before getting scared off by the other 70-year-old hiker. The man who got kicked, fortunately, received non-life-threatening injuries. However, he was taken to Madison Valley Medical Center for treatment and was later released. His friend did not receive medical attention.

Montana Fish, Wildlife, and Parks officials have posted signs at the entrance of Jack Creek Trail letting people know about the encounter with the moose and also advising them on appropriate precautions to take while hiking on the trails. It can be very dangerous if you don’t know what to do during an encounter.

To see what it’s like when a group of hikers walking along a wilderness trail encounters a massive wild moose, you can watch a video below. It happened in Cape Bretton, Nova Scotia.