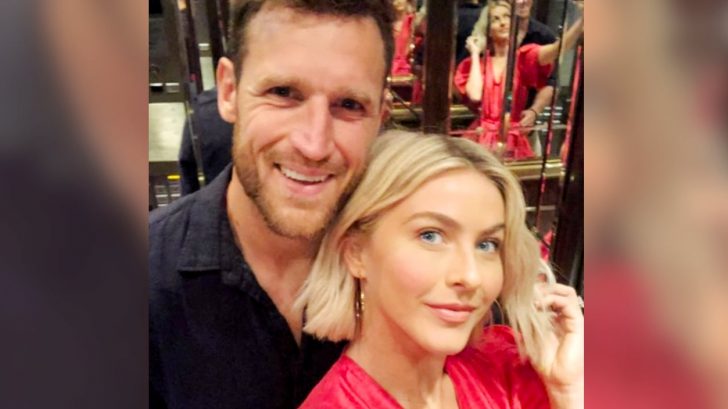 In late May, Julianne Hough and her husband Brooks Laich announced their separation after almost three years of marriage.

“We have lovingly and carefully taken the time we have needed to arrive at our decision to separate,” the couple said in a joint statement provided to People. “We share an abundance of love and respect for one another and will continue to lead with our hearts from that place. We kindly request your compassion and respect for our privacy moving forward.”

Julianne and Brooks were already apart before announcing their split. They chose to quarantine separately, with Brooks staying in Idaho while Julianne was in Los Angeles.

Even though Julianne and Brooks had separated, they appeared to maintain a friendly relationship. They celebrated Julianne’s birthday together, were spotted in public with one another, and much to their fans’ surprise, the two even spent time together in Idaho within the last month.

Fans first caught on to the fact the couple was together again when Julianne shared a post that showed she was with her and Brooks’ dog, Koda, who usually stays with Brooks.

This sweet boy loves his momma ??

Brooks even commented on Julianne’s post about their dog, writing, “The greatest thing ever,” along with a series of emojis.

But now, just a few weeks later, Julianne has made the decision to end her marriage.

According to legal documents obtained by The Blast, Julianne filed for divorce on Monday (November 2) in Los Angeles. The Blast states that Brooks has not responded to the divorce filing as of press time.

We’re so sorry to hear about this news, and wish both Julianne and Brooks nothing but the best as they move forward in life.