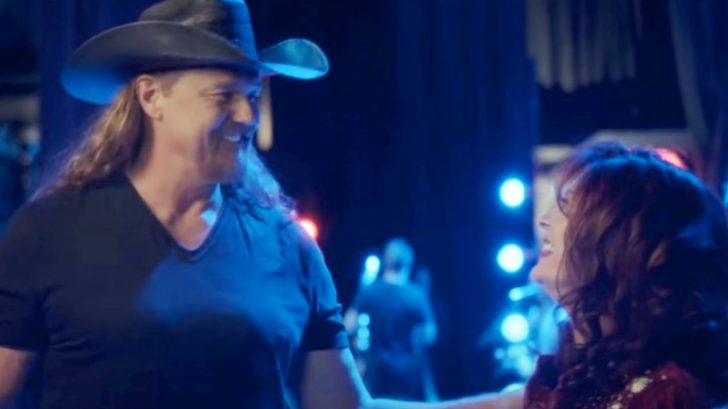 After a months-long delay, we finally know when the Monarch series starring Trace Adkins, Susan Sarandon, and Anna Friel will debut on FOX.

Monarch was originally slated to premiere on January 30. People were looking forward to the new series, which will follow a “royal” country music family, the Romans. Adkins plays the patriarch of the family, while Sarandon and Friel play his wife and daughter.

We even got the chance to hear some of the show’s music, including Adkins’ version of Hank Williams Jr.‘s “A Country Boy Can Survive.”

But two weeks before Monarch was supposed to air, its premiere was postponed:

“With an incredible pedigree of talent and musical performances, the powerfully compelling drama, Monarch, is a top priority for Fox Entertainment in 2022,” a Fox Entertainment spokesperson said in a statement quoted by TVLine. “Unfortunately, due to the unavoidable realities of the pandemic and the profound impact Covid-19 continues to have on our industry and around the world, it is necessary to reschedule Monarch‘s January 30 debut to the Fall.”

It was made clear the show was never shelved, they just needed more time to wrap up production. Still, those who were looking forward to the show became concerned about its fate.

In May, FOX Entertainment CEO Charlie Collier spoke about the shows the will appear on the network’s lineup this year. He brought up Monarch as one of those shows, and said:

“[‘Monarch’ is about] three generations of a country music family juggling life’s rawest emotions — love and lust, hate and heartache, living in the shadow of your parents and coming-of-age.”

Collier didn’t pinpoint a release date for Monarch at that time.

In early June, Monarch finally announced the exact date it will debut later this year. Mark your calendars folks, because Monarch is coming out on Sunday, September 11.

“Are you ready to meet The Romans? #Monarch takes center stage Sept 11, at 8/7c on @foxtv!” read a statement on the show’s official social media pages.

Are y’all looking forward to watching Monarch when it finally debuts in the fall? Get yourself hyped for the show’s pending release by watching its official trailer below.