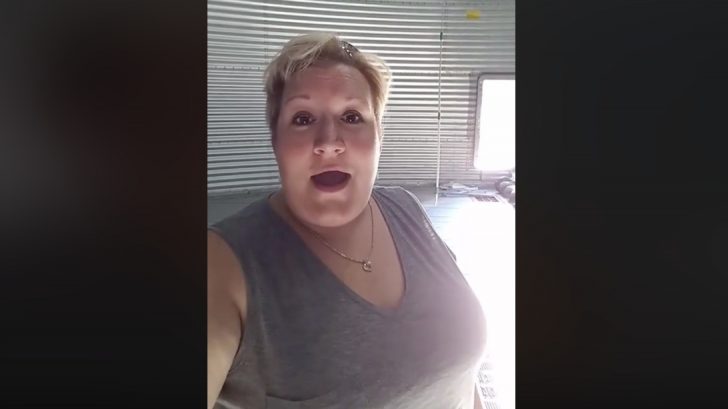 A mom from Alabama is gaining a lot of attention on social media after a video of her singing a song requested by a friend spread like wildfire.

Jenny Mann, a substitute bus driver from Ider, Alabama, walked into an empty grain bin and recorded herself singing the beloved Christian hymn “How Great Thou Art” and “God Bless America.” She posted the video to Facebook and never expected that it would be shared more than 30,000 times and viewed nearly 2 million.

“I posted the video for a friend of mine who loves the song, but never expected anything like the response I’ve received,” Mann told Country Rebel. “I’m always singing in places with good acoustics, so this was nothing out of the ordinary for me.”

A mom of three, Mann often takes to Facebook to interact with her followers through videos or Facebook Live. She had amassed a modest following due to her hilarious weather reports, sometimes done in foreign accents.

Mann’s impromptu performance of “How Great Thou Art” introduced us to another side of this talented mom. Her crystal clear vocals and chilling vibrato are the perfect addition to the haunting acoustics of an empty grain bin. The unusual location made an ideal stage for this mom to perform. In fact, she followed up “How Great Thou Art” by asking some friends to join her to sing “God Bless The USA” and “The Star-Spangled Banner.” The latter two videos haven’t received as much attention as the first, but they are most definitely worth watching.

Hear Jenny Mann sing “How Great Thou Art” in the video below.