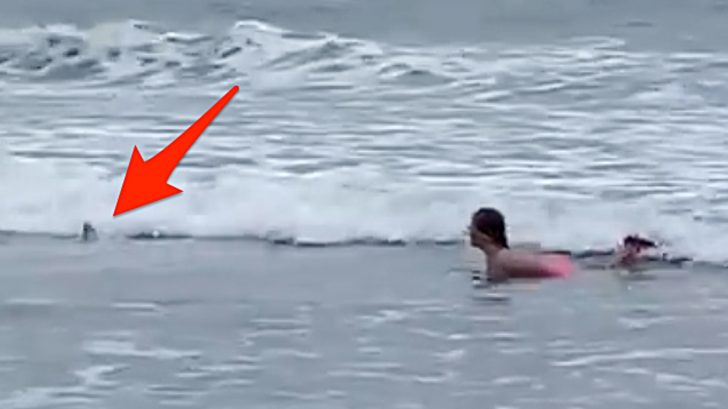 Nicole Oister set out to enjoy some beach time with her family on Monday in North Myrtle Beach when she filmed her 11-year-old daughter Sarah encountering a deadly sea animal.

Footage showed Sarah swimming in the ocean and playing in the water about a couple of feet deep. Nicole was filming from the sandy beach trying to get a good video of her playing with her boogie board.

Nicole ended up capturing something a little more than she bargained for on film.

As she watched her daughter lay belly down in the water, popping up out of the water and swimming into view was a shark. The shark had swum too far and was trying to get itself back out into deeper water.

Sarah looked over and spotted the marine animal swimming straight towards her, which was most likely a shark with razor-sharp teeth. She jumped up to her feet and took off running out of the water.

Fortunately, the shark didn’t want anything to do with her and swam past the girl. Sarah says that it was a scary situation but it’s not going to stop her from getting back out into the water.

“She’s nervous for sure, but we know that we’re in ‘their home,’ so we’ll continue to swim with caution,” Oister told WMBF News.

Watch interview footage with the family below.