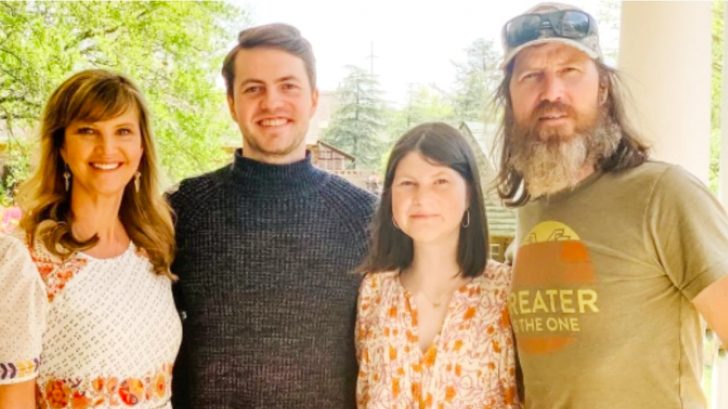 On March 17, Jase and Missy Robertson’s 17-year-old daughter, Mia, underwent surgery. Mia was born with a cleft lip and palate, and has undergone many surgeries before. But as Missy said, this most recent procedure was “the most extensive surgery she’s ever had.”

Both Mia’s upper and lower jaws were broken on each side and reset “in order to improve her overall health and speech.” The surgery lasted six hours, but Jase said Mia emerged from the operating room “hanging tough.”

Back in January, a post on the Robertsons’ Mia Moo Foundation Instagram said Mia would look “very different” following her surgery. So when Missy shared her first photos of Mia post-surgery, the pictures didn’t show her face.

The photos were posted on March 25, which was over a week after Mia’s surgery. Missy shared how Mia’s recovery was going, writing:

“Her swelling is decreasing, her spirits have started to rise, and her appetite is growing. She has a long way to go, but her innate Robertson humor has honestly never left.”

Now, two and a half weeks have passed since Mia’s surgery, and she seems to be doing well!

Over Easter weekend, Missy shared a series of photos of her family, including Mia. These pictures are the first to show Mia’s face since her surgery.

Missy also had good news to share about Mia’s recovery. She said she “is doing fantastic!”

“She still has a long way to go, but she has come so far so fast in such a short time,” she said.

Mia’s grandfather, Phil Robertson, shared one of Missy’s photos on his own page. The photo shows him with his arm wrapped around Mia while offering a “thumbs up” to the camera.

“I saw Mia today and told her, ‘Girl, you are beautiful,‘” Phil wrote. He said Mia is “doing great” after her surgery.

Flip through Missy’s slideshow below to see all the photos of Mia. We’re so happy to hear she’s doing well!