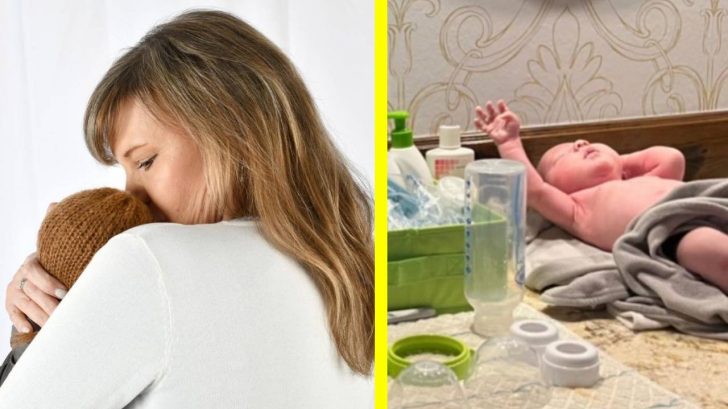 On the February 28th episode of the Unashamed with Phil Robertson podcast, hosted by former Duck Dynasty stars Phil Robertson and his sons Jase and Alan, was joined by a special guest – Jase’s wife Missy.

Jase revealed that they had some “Breaking News” for everyone. He explained that Missy has been doing a press/media tour promoting her new children’s book and one day, she called Jase and told him she had news. He asked her if it was good or bad and Missy said she didn’t know how to answer that.

She cut to the chase: “We have a baby.”  He said his wife said something along the lines of, “When God drops it out of the sky, you catch it.”

Missy interrupted to tell the story how it really happened:

“So just a few days ago, I’m doing some of this media live on a podcast in the house, and my phone starts ringing. I’m ignoring it because I don’t want it to look like I’m not interested. Whoever it is, I’ll call them back. But it was one of the girls we’d done ministry with in the past. She mentioned another girl who was also involved in that ministry, and said that she had just had a baby. She was in jail, and just had a baby, and signed him over to me.”

She spoke with the social worker who told her the baby, a boy, was born two days prior and was ready to be released from the hospital so she could come pick him up at any time.

She finally told Jase the situation and his reaction was, “Well that’s amazing, because number one: She chose life for this baby.”

Missy revealed that they hadn’t spoken or seen this woman in over two years, but Jase did baptize her years prior and they shared Jesus with her, so clearly that stayed on her heart.

“She thought of us as the safest place for this baby to go,” Missy said in awe. Jase shared the first photo of the sweet baby’s feet. Make sure to swipe through to see it.

Now, after the baby has been with the Robertsons for a couple weeks, Missy has given fans an update of how things are going with a newborn.

“Taking in an additional human into our home and our heart is nothing we ever prepared for, but God’s plan is far greater than we can ever ask or imagine,” she wrote alongside a series of photos on March 12.

She went on to thank the “village” that it truly takes to raise a baby, especially of this age, and showed the space that she calls ‘baby ground zero,” which took over Jase’s coffee center. “Baby ground zero” is filled with baby bottles, formula, diapers, baby lotion and more.

“This new life was not part of anyone’s plan. But God! Little Nugget has been nothing but a blessing! Wow, what servant hearts we are blessed with in our lives and what an amazing God we all serve. Thank you ALL for the prayers and support. Every life is worth it! Our village is tired but in love,” she said.

In a March 5 post, Missy revealed that taking in the baby has prevented her from having time with her granddaughter Merris, which she has cried over, but she feels “blessed to fill in the gap.”