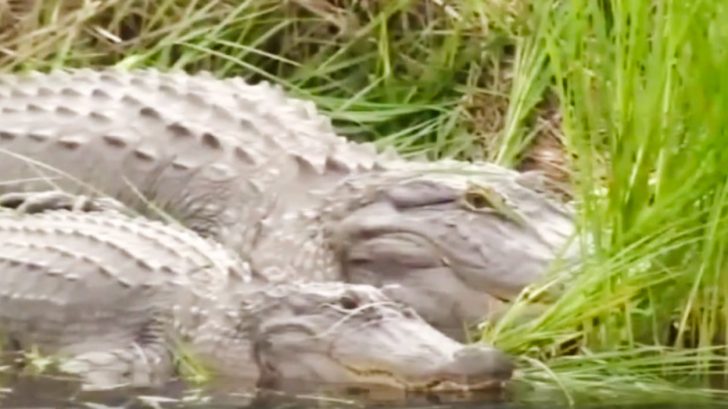 A Mississippi man was out swimming with a group of other people when he encountered an alligator. The encounter ended in the man being injured, but not in the way you’d think.

See, the alligator didn’t attack or bite the man. It scratched him, and didn’t even do so intentionally.

The Clarion Ledger cites Ricky Flynt, the Mississippi Department of Wildlife, Fisheries and Parks’ alligator program coordinator, who said the man was swimming with others in the Ross Barnett Reservoir at Lakeshore Park on Friday (July 24). The group noticed an alligator nearby, so they got out of the water and waited for it to leave.

After it seemed like the coast was clear, the swimmers returned to the water. But Flynt believes the alligator was still there, and had just disappeared under a pier.

Once the man reentered the water, the alligator, estimated to be between 4-6 feet in length, swam between his legs. In doing so, the gator got caught and ended up scratching the man.

“The alligator got a little tangled up and scratched his leg trying to get out,” Flynt told The Clarion Ledger. The man ended up with three scratches following his brush with the gator:

“Upon our investigation and talking with the victim we determined it was an incidental contact,” Flynt said. “The three little scratches are too far apart to be teeth. If it had been a bite they would be closer together and there would be marks from the top and bottom jaws. We’re describing it as incidental contact with scratches.”

Even though the gator did not attack the man, Flynt said it was concerning to see that the animal was not afraid of humans.

Flynt said there have been reports of alligators in the area being fed by people. Speaking about this specific alligator, Flynt said, “…his behavior was consistent with an alligator that’s been fed.”

Because of this, the gator had to be euthanized. Flynt explained the reasoning, saying, “Anytime an alligator has lost fear to the point it’s approaching people in a swimming area, we won’t relocate it and risk creating a similar problem somewhere else.”

Learn more about this whole situation by tuning in to the news report below.