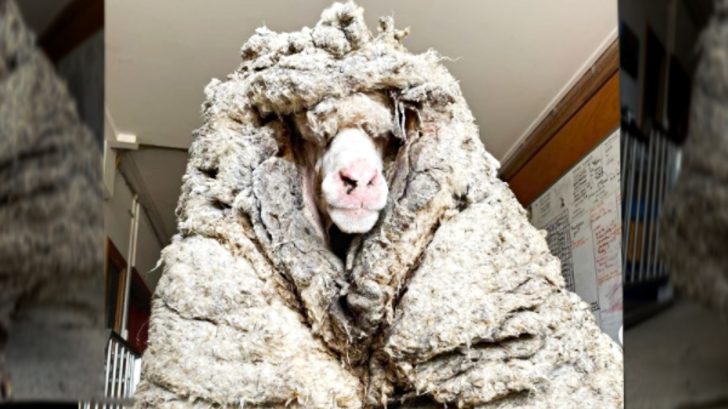 A haircut can make you feel like a whole new person, or in this case, sheep.

A wild sheep, dubbed the name Baarack by his rescuers, was found in the Australian forest. The sheep was carrying 78 pounds of wool after not being appropriately groomed for an extended period of time.

In a statement obtained by Reuters, Kyle Behrend, from the Edgar’s Mission Farm Sanctuary, explained that Baarack had signs of once being ear-tagged; however, the tag was ripped out by the overgrowth of fleece. Sheep need to be sheared once a year; otherwise, the fleece becomes matted. For sheep, appearance is not the only issue. Wool can trap urine and manure, which can lead to infection. In Baarack’s case, the wool’s overgrowth left him underweight and barely able to see. Fortunately for Baarack, he is now living under the care of Edgar’s Mission. The mission recalled how the sheep was found on Instagram, and shared pictures of Baarack’s makeover.

“When Baarack was spied wandering about the forest he had called home for several years, his would-be saviour was struck by just how a being such as he could have survived all that time,” Edgar’s Mission shared on Instagram.

See the before and after pictures below.

For more on Baarack’s story, check out the video below.