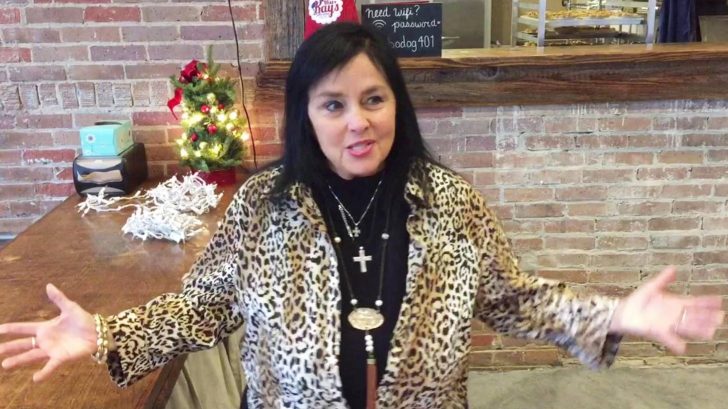 On the Wednesday, June 23rd episode of his Unashamed podcast, Duck Dynasty‘s Phil Robertson revealed he had to rush his wife, Kay, to the hospital in the middle of the night.

Robertson shared details of the moment his wife woke him saying that she needed to go to the doctor.

Phil asked Miss Kay to move the rag from her face so he could assess her injury.

Miss Kay told Phil that she was going to kiss her dog goodnight, but startled him.

“I thought he was awake and just relaxing. I went over and bent down to wish him a good sleep,” Kay told Phil. “When I woke him up he just come at me.”

Phil and his daughter Phyllis carried Miss Kay to a local hospital where “they stitched it all up and pulled it together.” But, the injury will likely leave Miss Kay with significant scars, according to Phil.

There is another Duck Dynasty related podcast called The Duck Call Room, which features Uncle Si, Martin, John David (Willie Robertson’s assistant), and another employee named Dan. For their podcast posted late Thursday (June 24), Miss Kay called Dan in the middle of the episode, so they called her back to get an update from her about her recovery after the dog attack.

On the phone, she said she is a “not improved, but different lookin’ Miss Kay,” which got a chuckle from the guys. She continued joking about her new appearance, “I thought I was watching a horror film, but then I realized it was me.”

Although she is “banged up,” she does see a silver-lining in all of this.

“I’m sure God has a plan with this. I’m gonna help somebody just ’cause I went through this, that’s what I’m hoping for,” she said.

Miss Kay added that her dog does know he did something wrong because he won’t even look at her anymore!

“[Doctor] said in a week I won’t be sore, but right now I’m in pain,” she said. “You know what? I learned that you can live in pain. Maybe that’s part of my learning lesson. I can comfort other people that had something happen like this.”

We will keep Miss Kay in our prayers and hope she has a speedy recovery. Take a listen to her update below.