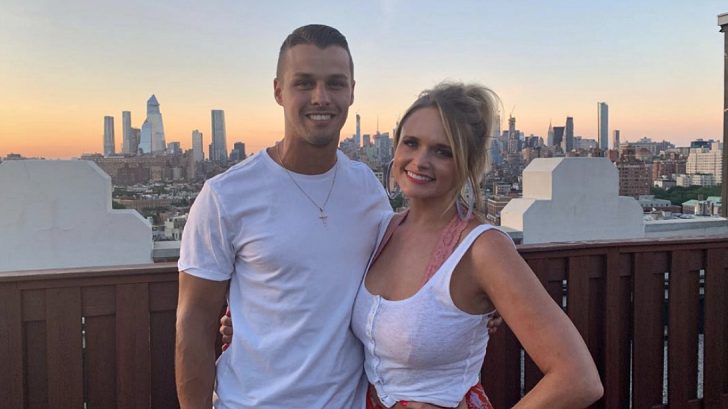 Miranda Lambert shocked fans earlier this year when she revealed that she had tied the knot in a top-secret wedding. Her new hubby, Brendan McLoughlin, is a New York City police officer. The two met when Lambert was in the Big Apple for an appearance on Good Morning America in November 2018. The couple wed just three months later.

“In honor of Valentine’s Day I wanted to share some news. I met the love of my life,” she captioned photos from the couple’s wedding day. “And we got hitched! My heart is full. Thank you Brendan Mcloughlin for loving me for…. me.”

The newlyweds are splitting their time between Lambert’s home in Nashville and McLoughlin’s home in New York.

“We have the best of both worlds,” Lambert, who is now a stepmom to Brendan’s 7-month-old son, told Extra in early June. “We spend time in New York, we get to see our adorable nugget, then we get to come back to the farm and have the quiet life. I’m enjoying the balance.”

But, the back and forth may have become too much for the pair. The NYPD confirmed Friday (July 19) that McLoughlin was on an authorized leave of absence, but weren’t permitted to divulge the reason for the officer’s departure. They did say, however, that members of the department “take leave for various reasons many of which are personal.”

The news of McLoughlin’s leave of absence was released one day after Lambert released her latest single, “It All Comes Out In The Wash.” Lambert teased the song prior to its release with a steamy video of her new hubby doing laundry shirtless.

“It All Comes Out In The Wash (board)”. Tomorrow 6am ET#putthatsuckeronspin ???‍♀️?? house husband shirtless promo vol 1. #NYPD #ihadto #hotcop #NEWSONG #yourewelcome