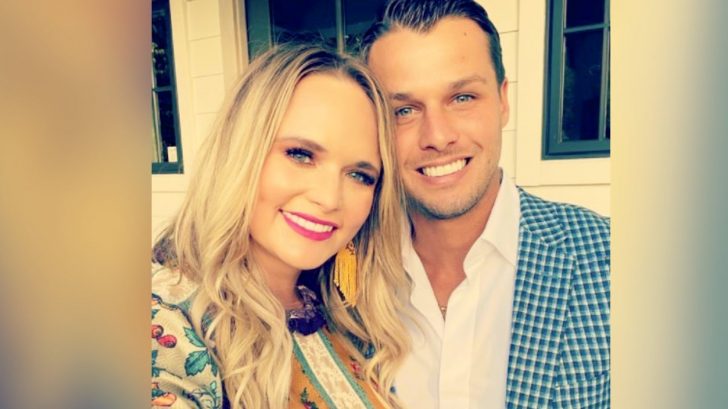 Brendan, who is a former NYPD officer, turned 30 on Thursday (October 14). In honor of his special day, Miranda wrote a romantic message to him on Instagram.

The “If I Was a Cowboy” singer shared three pictures of her and her husband dressed in some fine attire while posing outside their home. A fourth and final slide in the slideshow is a short video of Brendan smiling while he hugs a box containing a KitchenAid stand mixer:

“Gussied up to celebrate this dream boat today!” Miranda wrote in the slideshow’s caption. “Happy 30th Birthday @brendanjmcloughlin I love you so much I’m so thankful to have you in my life. Cheers to the next 30 years!”

Miranda went on to explain that the KitchenAid mixer was her gift to Brendan. But she admitted it was sort of a gift for both of them.

“P.S. I might have gotten him the @kitchenaidusa for both of us!” she joked. “Thanks in advance hunny for all the yummy you use this thing for!”

Fans have seen a lot of Brendan lately. At the end of 2020, he starred in Miranda’s official music video for “Settling Down.” It marked the first time Miranda ever had a love interest in one of her videos.

A few months later, Brendan appeared in another one of his wife’s music videos. The video was for the “Telemitry Remix” of Miranda’s “Tequila Does.”

Two of Brendan’s brothers also appear in the video, which has a pool party theme. He and Miranda share a passionate kiss at the end of the clip, which you can watch below.

Join us in wishing Brendan a happy belated 30th birthday! We hope he had a wonderful day with Miranda and all of their pets.