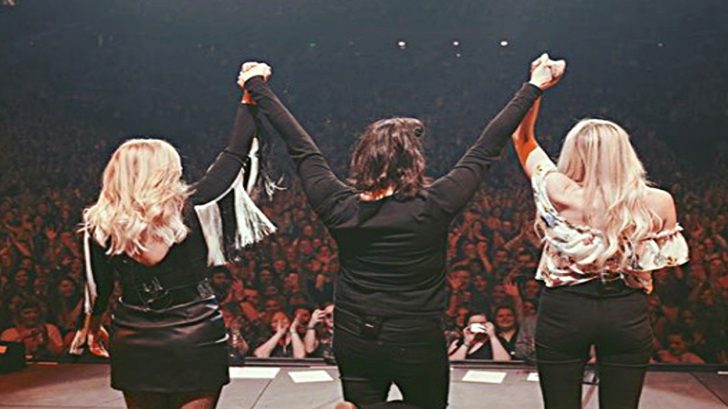 Back in 2011, a girl group named the Pistol Annies made a memorable debut at the Girls’ Night Out: Superstar Women of Country special. The group, consisting of Miranda Lambert, Ashley Monroe, and Angaleena Presley, thrilled the crowd with their feisty song “Hell on Heels.”

Pistol Annies went on to release two albums together, with the last one being released in 2013. Both albums were in the top spots of the country albums chart, which is why fans were a bit puzzled when the Annies never released a third.

Over the course of the past few years, the members of the Pistol Annies have kept busy with their respective solo careers. Though they have made a point to reunite every now and then, usually at one of Lambert’s shows.

Finally, fans of the trio got the news they had been hoping for when Lambert shared a cryptic photo to Instagram in January. She explained that she was writing new music, but made it clear the music wasn’t just for her. With the hashtag #maybepistolannies, she proved that a new Pistol Annies project is in the works!

In a later radio interview, Lambert confirmed that the Pistol Annies are slowly working on a new record. She said that they were sending verses back and forth to each other, and eventually had a full song within minutes.

With all of this hype, fans are just as anxious as ever to hear more music from the Pistol Annies. So you can bet that one Kentucky crowd was thrilled beyond belief when Lambert brought her groupmates on stage at her concert.

The surprise reunion marks the first time we’ve seen the Pistol Annies perform together in quite a while. They opted to sing “Hell on Heels” for their reunion, proving that they are still just as brilliant and sassy as ever! Check out their performance below.

Only time will tell how much longer we have to wait for new Pistol Annies music. But this latest reunion is a good sign that they’re ready to hop back in the saddle!