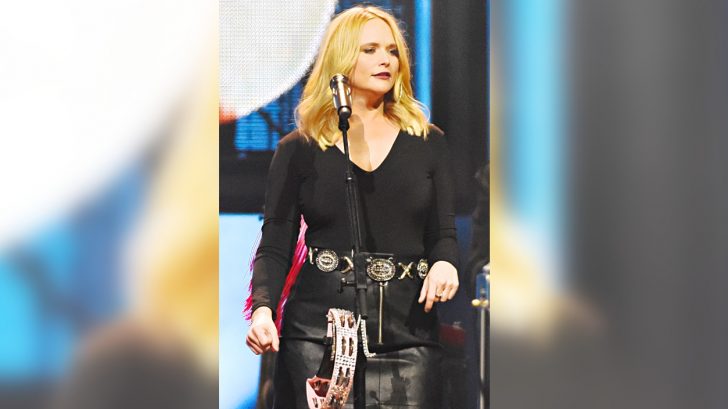 When it comes to concert goers, you never know what you’re going to get. Most come to enjoy the music and spend some time with friends but every once in a while you get those awfully misbehaved fans that try and suck the fun out of the whole event. Luckily, Miranda Lambert knows just how to deal with them…

A Night At The Ryman

On Oct. 25, 2018, Lambert was on stage with her two fellow bandmates, Angaleena Presley and Ashley Monroe. As the Pistol Annies recently reunited and were slowly releasing songs for their upcoming album, Interstate Gospel, fans were anxiously excited to hear a mix of the old and the new.

All of our records have a common theme…truth telling, and making light of hard and heavy things. #InterstateGospel (Listen to 3 songs now at link in bio)

During the show, the ladies performed songs from their first two albums, Hell on Hells and Annie Up, including hits like “Hush, Hush” and “I Feel a Sin Comin’ On.” At one point in the night, Miranda even went full-on bluegrass and played a washboard.

Unfortunately, it wasn’t all fun and games. One fan got just a little too rowdy for their own good. Taste of Country quoted Miranda saying,

“I’m not gonna have you stealing our show tonight, honey, you’re gonna have to go sit down.”

As the fan grew more and more excited, security went to escort her out – but she wouldn’t budge. Miranda had to go over and tell the girl she needed to leave.

Remembering her southern class, she then helped walk the girl out of the crowd and got right back down to business. After giving her bandmates high-fives and putting her guitar strap over her shoulder, she signaled to keep playing and that is just what they did.

Let’s let one lesson be learned here, don’t mess with Miranda Lambert, or the Pistol Annies!

You can watch them performing their hit song, “Hell on Heels” at the historic Ryman in the video below.