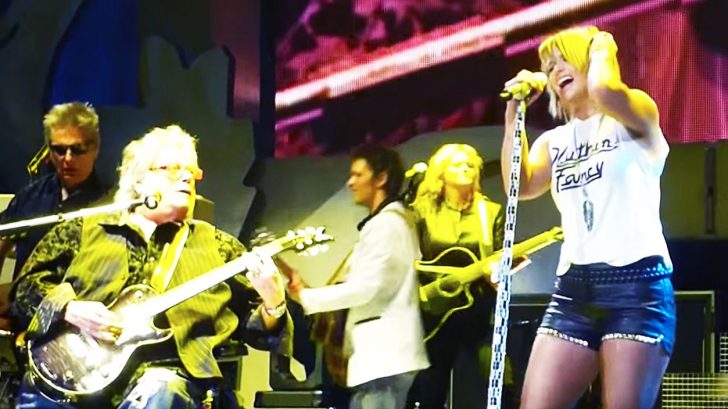 Country superstar Miranda Lambert teamed up with an original member of the hard rock band Mountain, the legendary Leslie West, for an incredible performance that had fans going wild!

Lambert played the iconic cowbell intro to Mountain’s hit song “Mississippi Girl”, which had the audience erupt in cheer and applause, knowing that they were in store for a hard-rocking treat.

West, who is bound to a wheelchair yet hasn’t skipped a beat in the music department, played a killer electric guitar lick and joined the country sensation on vocals for the chorus.

Mountain was originally formed back in 1969 and continued to substantially build its fanbase into their current debuts and beyond. Clearly, Lambert was a huge fan and jumped at the opportunity to collaborate with West on her tour in 2015.

Watch their performance below.