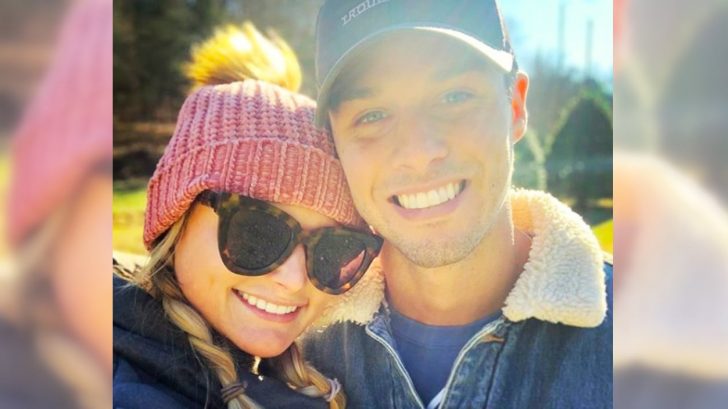 On February 16, 2019, Miranda Lambert surprised the world when she announced she had secretly married NYPD officer Brendan McLoughlin. The couple tied the knot in Tennessee in late January, but waited a little while to share the news of their union.

Lambert decided to announce her marriage in honor of Valentine’s Day, writing, “I met the love of my life. And we got hitched! My heart is full.”

The “It All Comes Out in the Wash” singer also posted two photos from her secret nuptials. In the first photo, Lambert and McLoughlin can be seen smiling while they snuggle close to one another. The second picture shows them standing face-to-face as the soak in the joy of their wedding day.

Even though Lambert got hitched before Valentine’s Day, the holiday will always be special to her since she went public with her marriage just two days after the day of love. So when Valentine’s Day rolled around this year, it only seemed fitting for Lambert to celebrate the holiday by sharing a new photo with McLoughlin.

The couple, who recently celebrated their first wedding anniversary, seemed to enjoy a sunny Valentine’s Day together. In the photo Lambert shared, she can be seen wearing a pink beanie and a pair of tortoiseshell sunglasses.

As for McLoughlin, he wore a cap with the word “Troubadour” printed across the front.

Lambert kept the photo’s caption simple as she wished everyone a happy Valentine’s Day. She also included the hashtag #love.

You can see the new picture she posted of her and McLoughlin below.

How cute are they?

Since McLoughlin is from New York City, he and Lambert split their time between there and Nashville. The time Lambert spent in NYC directly inspired the songs that appear on her latest album, Wildcard.

You can hear city’s influence in multiple tracks on the album, especially “Locomotive.” It has a rock and roll edge and gives Lambert the chance to be feisty. Give it a listen in the clip below.

The song also has a shout-out to McLoughlin, in which Lambert talks about him frying chicken for her!