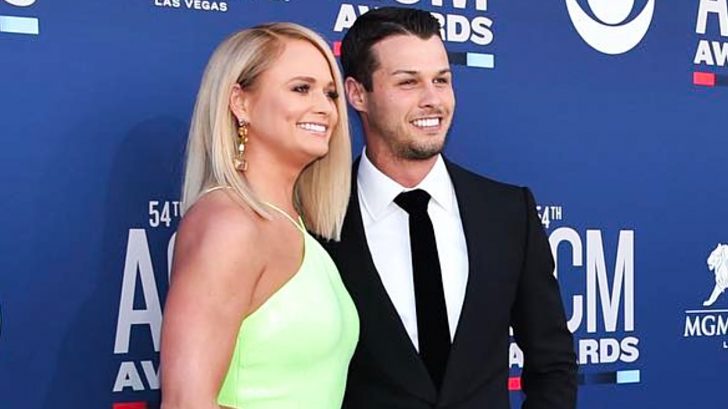 Miranda Lambert broke the internet when she announced that she had gotten hitched to a then-mystery man. Since their big debut, fans have fallen head over heels for her NYC cop husband! While their marriage might have been unexpected, their love seems to be blooming quickly.

Lambert introduced her new hubby to the world on February 16, 2019. The “Little Red Wagon” singer posted a candid photo of her hugging her love, Brendan McLoughlin after they tied the knot. Looking happier than ever, the pair gazed into each other’s eyes during golden hour. Lambert’s sweet words left fans wondering just who her new beau was.

“I met the love of my life.” Lambert continues, “Thank you Brendan Mcloughlin for loving me for…me. #theone.”

So who is this handsome hunk? Well, he’s a dancin’, modelin’, New York-protecting police officer who caught Lambert’s eye in no time. While it has been a few months since the pair said “I Do,” the couple has only made a few public appearances together. The couple dazzled at the ACM Awards in April as they brought their new love into the spotlight.

A month later, Lambert shared the sweetest snap of her hubby off the red carpet and out of the spotlight, just being himself. The photo showed McLoughlin holding two pups, Smoke and Bandit, as he smiled. The puppies will be put up for adoption at the CMA Fest under Lambert’s MuttNation Foundation.

“Meet Smoke and Bandit! They showed up at the farm last week and we’re bringing them to #CMAFest to get adopted. No vacancy in our Mutt Motel! #FarmLife.”

Lambert even shared a photo of her kissing one of the sweet pups.

We sure hope these little guys find the perfect home!

Lambert started the MuttNation foundation in 2009 in hopes to save the lives of sheltered pets. Lambert and her mom Bev, have been hosting marches and adoption drives to raise awareness for all the animals who have spent far too much time in the shelters.

You can learn more here.

We are THRILLED to announce we’ll be kicking off our annual adoption drive at #CMAfest with Miranda Lambert and the 2019 MuttNation March! Bring your pup(s) and walk with us to celebrate 10 Years of MuttNation! ? #muttnationmarch Sign up here: http://smarturl.it/muttnationmarch19