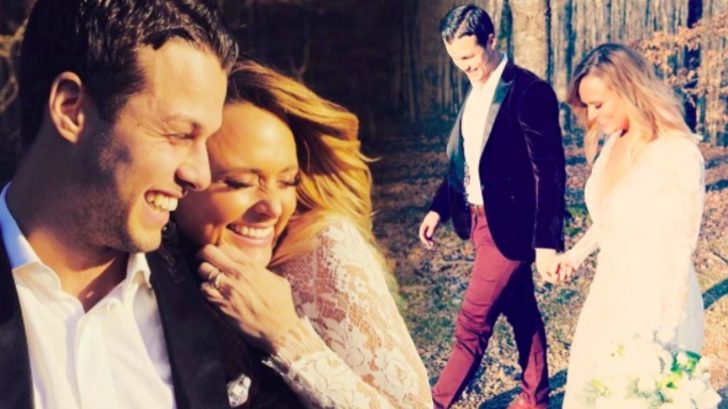 On January 26, 2019, Miranda Lambert secretly married NYPD officer Brendan McLoughlin during a private ceremony in Tennessee. She waited several weeks before going public with the news of her marriage on February 16:

“In honor of Valentine’s Day I wanted to share some news,” Lambert wrote along with a post containing two wedding photos. “I met the love of my life. And we got hitched! My heart is full. Thank you Brendan Mcloughlin for loving me for…. me.”

In the year that has passed since they tied the knot, Lambert has only revealed a few details about their nuptials.

Speaking to People, Lambert said “nobody” attended her and McLouglin’s wedding, not even her bandmates from the Pistol Annies.

“I didn’t have nobody,” she said. “That was mine and his moment.”

She went on to explain that she wanted to keep her marriage to McLoughlin private for as long as she possibly could, hence the reason why she had a secret wedding.

On her one-year anniversary, Lambert surprised fans by sharing a never-before-seen photo from her wedding day. “I’m so happy to walk through this life with you,” she wrote to her husband.

1 year ❤️. I’m so happy to walk through this life with you. Thank you Brendan for making me the proudest wife and stepmom. You are the reason for all my new smile lines. I love you. #MrsMcLoughlin

All of the photos we have seen of Lambert and McLoughlin’s wedding show them outside in more “posed” shots. So we’ve never actually seen any aspect of their ceremony, and therefore, knew nothing about it.

That is, until Lambert shared a new detail about her wedding when she sat down to film her video for the ACM Presents: Our Country special.

The 2020 ACM Awards were postponed this year due to the COVID-19 pandemic. So to fill its April 5th broadcast slot, the ACM hosted the Our Country special.

Country artists submitted videos of themselves performing their songs from their homes, and Lambert contributed by singing her latest single, “Bluebird.”

Lambert filmed her video on the porch of her ranch home in Tennessee, and spoke about how the porch has served as a place of comfort to her during this trying time.

“I sit on this porch and I’ve done a lot of healing, a lot of thinking, right here,” she said.

That’s when Lambert shared a little detail about her wedding no one ever knew before. “I actually got married right here,” she said in reference to her porch.

She then encouraged everyone to lean on their music for comfort during tough times such as these. After that, she delivered a stunning acoustic performance of “Bluebird,” which you can see below.

Based on what we’ve seen of Lambert’s porch, we’re sure it served as a beautiful setting for her marriage to McLoughlin last year.