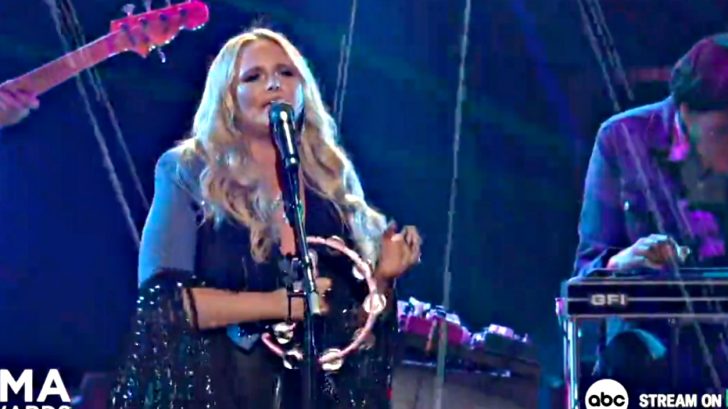 Miranda Lambert took the stage at the 2022 CMA Awards on Wednesday, November 9th along with over two dozen other performers.

Held at the Bridgestone Arena in Nashville, Tennessee, it was hosted by both Luke Bryan and Peyton Manning.

Lambert’s performed the song “Geraldene,” released off the album, Marfa Tapes. It was written by Lambert, Jack Ingram, and Jon Randall. The album hit #7 on Billboard Top Country Albums and #1 on Billboard US Folk Albums.

Nominated for three awards this year, Lambert took the CMA stage wearing a fun blue jean ensemble with fringe, and rocked out on the tambourine.

Watch her performance below.

We’re rockin’ out with @MirandaLambert right NOW at the #CMAawards on @ABCNetwork! 🎸🔥 (Sorry, “Geraldene” 🤐) pic.twitter.com/qQjQccCHHo