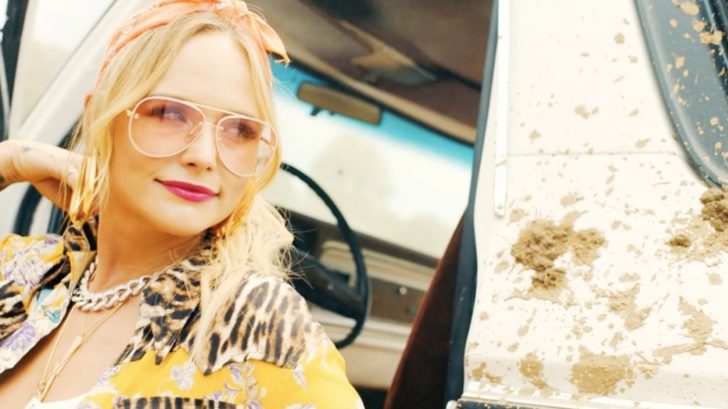 About a month ago, Miranda Lambert released the first single off her much-anticipated album, which she promised would have a more rock-country vibe than her previous work.

Titled “It All Comes Out in the Wash,” Lambert wrote the song with Hillary Lindsey, Lori McKenna, and Liz Rose.

“I walked in and I was like, ‘You know what? Everything’s fine. No matter what happens, it all comes out in the wash,’ which is something my mom and grandma always would say — and it’s true. Everything finds a resolve, and at the end of the day it doesn’t matter.”

She released the official audio on July 18.

The single debuted at number 19 on the Billboard Country Airplay chart and number 36 on the Hot Country Songs chart. It became her best opening on the Airplay chart since 2016 when she released “Vice.”

Since the single’s release, Lambert has released a few more and even announced the upcoming album’s title and full track listing.

#Wildcard. Out Nov 1. (Preorder + Presave at link in bio)

On Wednesday (August 28), Lambert posted a tease of her latest release, the music video for “It All Comes Out in the Wash.”

It All Comes Out in the Wash. 12p CT Thursday. Check out the music video trailer on @youtube now. (link in bio)

The video, which premiered Thursday at 12pm CT, features Lambert driving a white bronco through the mud, singing through a car wash, and having a good ol’ time with her girlfriends. She dons fishnets, silver cowboy boots, high-waisted jean shorts and an eccentric top in the four-wheeling scenes. Those scenes are intertwined with footage of Lambert performing the song in a concert-like setting.