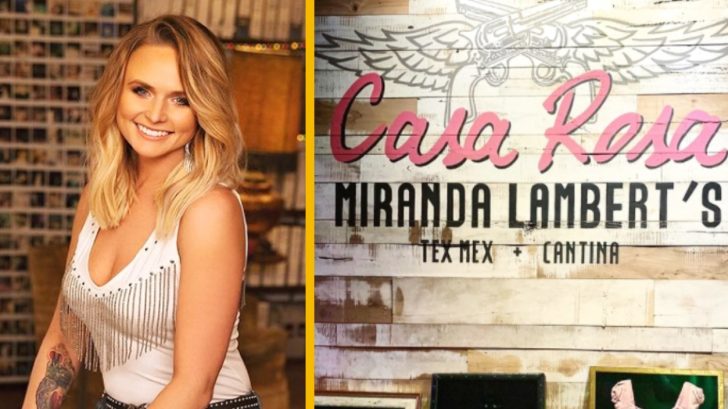 Last week, news broke that Lambert would become the first female country artist to open a restaurant and bar on Nashville’s Broadway. According to a press release, the establishment, titled Casa Rosa, will feature Tex-Mex food and an “extensive” tequila and margarita menu. The business will also be located at 308 Broadway in a 17,400-square-foot space. The future establishment is currently undergoing renovations.

On Monday, Lambert opened up about Casa Rosa on Instagram. The country star shared a picture containing a wall with the restaurant’s name and various pieces of memorabilia from Lambert’s career. In the caption, she wrote:

“Casa Rosa Tex-Mex Cantina opening in 2021 in downtown Nashville. I’m so excited I’ll have a honky tonk with my name on it! Tacos, tequila and tufted pink booths…what else can a girl ask for?! This place is special to me and I’m happy to be representing the ladies here in Music City.”

Casa Rosa is expected to open during summer 2021. For more on Miranda Lambert, check out the video below.