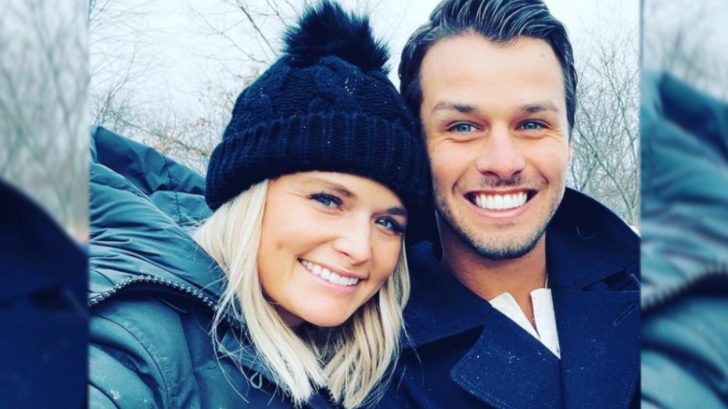 Miranda Lambert is the first person to admit that she and her husband, Brendan McLoughlin, did not date very long before getting married, but the country star would not change a thing.

On Thursday, Lambert virtually joined SiriusXM’s Storme Warren, and the country star opened up about her marriage to former NYPD police officer, Brendan McLoughlin. Lambert reflected on the pair’s early courtship, and also updated Warren on how the relationship had grown during quarantine.

“We didn’t date very long before we got married. We sort of got to just really, really, really get to know each other,” Lambert explained.

Lambert and McLoughlin met when the star was on the set of Good Morning America in Nov. 2018. Lambert was promoting Pistol Annies’ album Interstate Gospel, which was released on Nov. 2, 2018. McLoughlin was working security for the show, and Lambert’s friends decided set up the singer.

“My girlfriends, the Annies, saw him and knew I might be ready to hang out with someone. They invited him to our show behind my back,” Lambert told the Times. “They plucked him for me. My security guy Tom, he was in on it too. He said to me, ‘He’s here. And he’s pretty.'”

Sparks instantly flew for the couple, and the relationship progressed very quickly. The two spent time on Lambert’s farm just outside of Nashville, and the couple married on the side porch of the house on Jan. 26, 2019. The following month, Lambert shocked fans when she announced the marriage on an Instagram post. She wrote:

“In honor of Valentine’s Day I wanted to share some news. I met the love of my life. And we got hitched! My heart is full. Thank you Brendan Mcloughlin for loving me for…me.”

For more on Lambert and McLoughlin’s relationship, check out the video below.