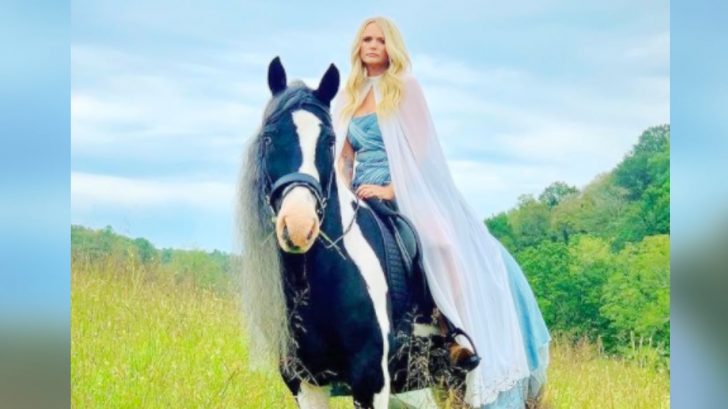 Next year, Miranda Lambert will be able to call herself a Hall of Famer.

CBS 19 out of Texas reported that Lambert will be inducted into the National Cowgirl Hall of Fame in 2021. The induction ceremony and celebratory luncheon will be held on April 27 at the Dickies Arena in Fort Worth, Texas.

Texas is Lambert’s home state, and she kickstarted her career by performing at bars in her area. She has since gone on to become known as one of the state’s biggest stars.

The National Cowgirl Museum and Hall of Fame’s executive director, Patricia Riley, shared a statement about the 2021 class of inductees in a press release:

“We are honored to welcome this outstanding class of inductees and add their remarkable stories and accomplishments to the amazing group of honorees they are joining in the Museum’s Hall of Fame,” Riley said. “Congratulations to all.“

In that same press release, the Cowgirl Hall of Fame described the purpose of the Hall and who it seeks to recognize:

“The National Cowgirl Museum and Hall of Fame honors and celebrates women, past and present, whose lives exemplify the courage, resilience and independence that helped shape the West, and fosters an appreciation of the ideals and spirit of self-reliance they inspire.”

Her song, “Bluebird,” is all about maintaining resilience in the midst of challenging times. The song’s music video recently won the award for Video of the Year at the CMA Awards. Check it out below.

Congratulations to Lambert and the other members of her Cowgirl Hall of Fame class!