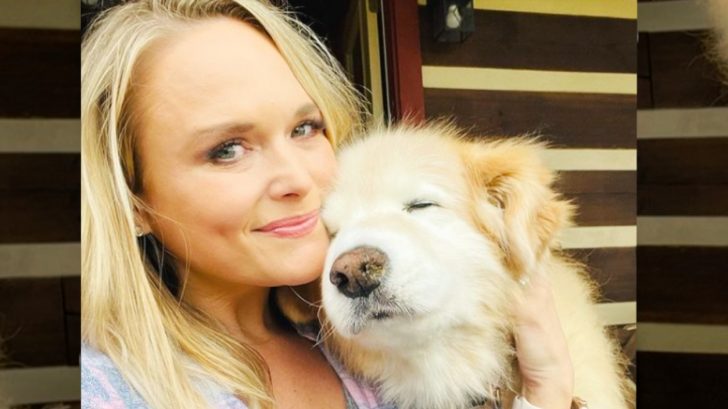 Miranda Lambert is mourning the loss of one of her sweet dogs, and fans are heartbroken for the country star.

On Facebook, Lambert shared that she had to say goodbye to Jessi, one of two dogs she rescued from the side of the road over thirteen years ago. At the time, the two puppies were from the same litter and were just six weeks old. She decided to take the animals in and named the puppies Jessi and Waylon. Unfortunately, both dogs have now passed on.

“I found her and her brother Waylon on the side of the road in Oklahoma in Jan 2008 in the middle of a sleet storm,” Lambert wrote. “They were 6 weeks old. My mom was in the truck with me and we were listening to the “I am Jessi Colter” album. That’s how they got their names.”

Lambert revealed that she felt comfort knowing that Jessi and Waylon were “reunited at the rainbow bridge.” The singer also admitted that they “sent her off” by listening to a song from the record playing when she found Jessi.

“We sent her off with the song “Storms Never Last” from the same record she heard playing the first time I put her in my truck. I can’t put into words what a dogs love does to a heart. But if you have one you already know.”

For more on Lambert, check out the following video.